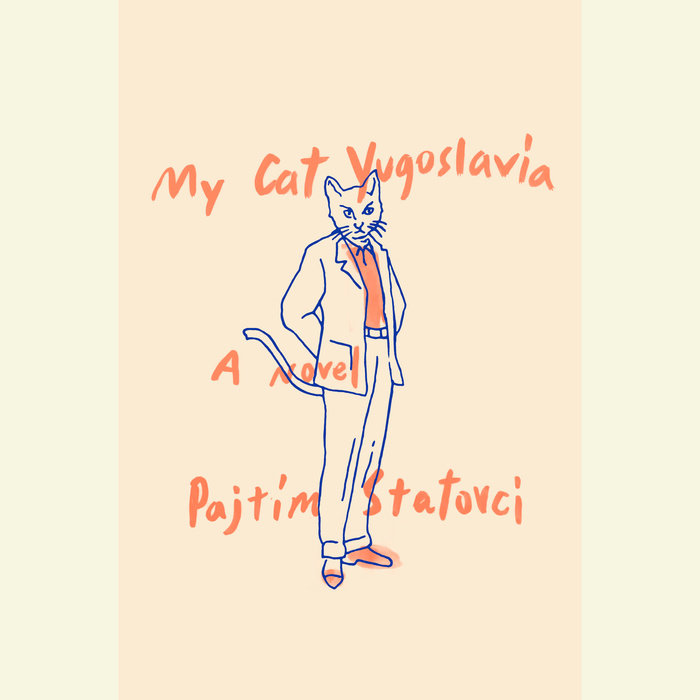 1. What are your first impressions of Bekim and Emine, the two main characters in the novel? How does learning that they are mother and son change how you see them? In what ways do their lives mirror one another? In what ways are they very different?

2. Why do you think the author chose the title, My Cat Yugoslavia? Consider the roles of the several cats that appear in the novel, as well as how the dissolution of Yugoslavia impacts the characters. Consider also Bekim’s belief that “that a name can cause more bad than good” (p. 57). What role do names play in the novel?

4. When Emine was a child, her father used to say “There was no use wasting time daydreaming if you were too close to your own dreams, because there was a greater likelihood that those dreams would come true, and then you’d have to accept that making those dreams come true wasn’t quite everything you’d imagined. . . . A man should always strive for something he can never achieve” (p. 14). How do the dreams of the characters in the novel—for instance, Emine’s own fantasies of becoming famous or Bekim’s fantasies of a happy life with the cat—either support or undermine this idea? What are the consequences of dreaming?

5. My Cat Yugoslavia is a realistic novel, with the obvious exception of the talking cat Bekim meets. How does the inclusion of this character affect your reading experience? Why do you think the author chose to include this fantastical element? Have you read other novels that employ a similar technique?

6. Bekim hates being asked where he’s from, to such a degree that he sometimes gives a false name, just so people don’t suspect that he’s an immigrant. Why does he feel so strongly about this? What past experiences have influenced his thinking? How does being identified as an immigrant affect the way people view and treat him?

7. Why does Emine still marry Bajram, after he reveals his true colors? What about her circumstances and her character informs her decision? Why does she finally leave him, many years later?

8. How does moving to Finland change the different members of the family? How do they process their experiences? In what ways does it change how they see themselves and the world around them?

9. Customs and traditions are an important part of Emine’s life in Albania. What does the inclusion of these details in the novel show us about Albanian culture? Are other characters also governed by customs, traditions, or social forces?

10. How is homosexuality treated in the novel? Consider the ways in which the gay characters—Bekim, the cat, Sami, and others—address their sexuality. Consider also Bekim’s claim that “between me there are no questions. There’s no abuse, no reasoning” (5). Is this borne out by the relationships in the novel?

11. On page 48, Emine makes several generalizations about Albanian people, saying that “Albanians refused to feel any form of shame. They would rather flee from it, run to the ends of the earth, while at the same time dedicating their lives to showing they had nothing to be ashamed of in the first place” and that for an Albanian, “losing face was a fate many times worse than death.” In what ways do the Albanian characters in the novel conform to these generalizations? In what ways do they contradict them? In what ways do characters in the novel grapple with shame?

12. The talking cat hates immigrants and gay people, but he is often implicitly compared to both (consider Bekim’s observation on page 77 that “The cat couldn’t properly pronounce the English lyrics, though he thought of himself as a full-blooded citizen of the world”). What role does the cat play in the novel? How does he highlight the ways in which “outsiders” are treated? Is he a comic figure or a tragic one?

13. My Cat Yugoslavia is arguably just as much the story of the dissolution of Yugoslavia as it is the story of Emine and Bekim. Consider the ways in which historical events that happen off-page impact the lives of the characters in the novel both directly and indirectly. How does the death of Josip Broz Tito on the day of Emine and Bajram’s wedding affect them both? Why do you think the author uses sociopolitical events as the backdrop for his story?

14. Fear is an important (and often motivating) emotion for many characters throughout the book. Think about Bekim’s childhood fears of snakes and cats, and his decision to live with both animals as an adult. Think also about the fear he and his father share about flying. How do different characters’ fears manifest themselves? How do they respond to these fears? What do these fears reveal about them?

15. Evaluate Bajram’s belief that “we should come up with another word for evil and that name should be laziness” (p. 198). Does the novel support this belief? What do you think about this statement?

17. Bekim and Sami’s big fight comes when Sami asks Bekim, “Why do you torture yourself with shit like this?” (p. 228). Why does Bekim spend so much time reading and thinking about horrible things? What impact does it have on him? Why do you think he responds so negatively to Sami’s question? How does the argument change Bekim?

18. Snakes and cats are inextricably linked throughout the novel. Consider their roles both individually and in relation to one another. In particular, discuss Bekim’s visit to his grandfather’s house, where he arrives with both a stray cat and a viper he has captured. Think about what happens next and what it means in the context of the novel.

19. How does the last chapter of the novel, in which we learn that Bajram killed himself, and the extent of his mental illness, affect how you think about him as a character, and of the novel as a whole? Does it give you a sense of closure, or raise further questions? Do you feel like the novel ends on a positive note?