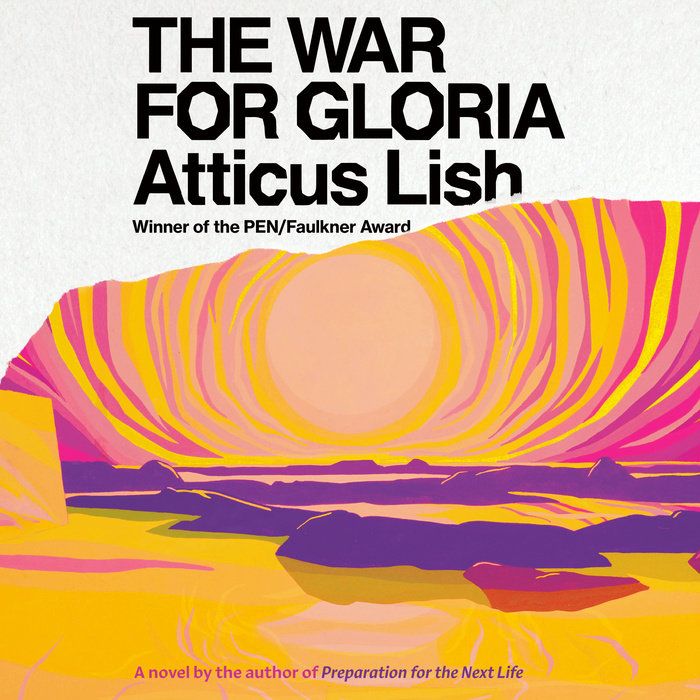 The War for Gloria

1. Gloria’s disease, ALS, is a degenerative condition that causes a gradual breakdown of one’s motor skills and, eventually, the basic functions of the body required for life. What about the unstoppable and systemic nature of ALS is particularly cruel to someone like Gloria, who maintains a fierce curiosity about the world, faith in the universe, and devotion to her son?

2. Corey and Molly become friends early in the novel when they are still young children. How does their relationship deepen over time, despite the different paths they take in young adulthood and, ultimately, where fate takes them by the end of the novel?

3. As a boy, living on the streets with Gloria, Corey grounds himself in the concepts of nature—“woman, earth, sun, boat” (page 4). How do these elemental forces show up and nurture him in his life? Does he have more success in attempting to understand things intellectually, or through a more physical, corporeal engagement with the world?

4. Although it manifests in very different ways, Corey, Gloria, Leonard, Adrian, and Molly all display a belief in the ability to overcome the limits of their physical bodies. Did you feel, by the end of the book, that this faith in self-improvement was possible, or a misguiding myth?

5. Early in their friendship, Corey describes Adrian as “a highly original young man who was teaching Corey to dedicate himself to amassing physical and intellectual power” (page 75). In what ways is this statement true, given the ways they wind up influencing each other’s lives?

6. Compare and contrast the suffering Gloria and Corey undergo, hers from ALS and his from jiujitsu (along with his experiments with yogic breathing, his general work in construction, and his Navy SEAL training). Why do you think Corey pursues such intense, violent, and taxing activities, especially when they take his attention and resources away from Gloria?

7. Jiujitsu is described in the book as founded by “Hélio Gracie, a physically frail youth, [who] pioneered an approach to combat based on conserving energy through efficient movement with the goal of outlasting an opponent and wearing him down. The guard was where you might wind up after being pinned on your back by a bigger, stronger adversary . . . This position of apparent weakness, in Hélio’s method, became one of strength” (page 173). Discuss how this particular strategy works for or against someone like Corey in the book, and how it compares to the methods of domination and control Adrian and Leonard employ, in their relation to women especially.

8. The novel abounds with almost scientific descriptions of the human body—from Gloria’s disease to Corey’s injuries, Adrian’s bodybuilding to Molly’s corpse. How does the tone of these passages contribute to your overall reading experience of the novel? Did you feel you knew the characters more or less well through this gross physicality?

9. What do you think motivates Gloria to defend Leonard, even after he abuses her? Compare the kind of intimacy and dependency she has with Leonard to what she has with Joan, and discuss whether Joan contributes more or less to the losses Gloria experiences in life.

10. If Corey sees his mother’s illness as a “war,” how does Gloria herself see it? Discuss how her attitude towards her various stages of immobility changes over time, and what her final reflections suggest about her mental state at the end of her life.

11. What are the implications of Corey’s opponent, Francisco, telling him, “Keep it up. You should fight,” to which Corey replies, “I will. I am” (page 239)?

12. How would you describe the support Corey receives from the various men he works with and for in his construction jobs, including Tom? What examples do they offer about masculinity, and how do they differ from Leonard?

13. Compare how Adrian and Corey seek power as young men. When Adrian tells Corey, “I don’t want you to be one of those guys, when I’m graduating college, you’re stuck here doing nothing,” and Corey replies, “I won’t be. I’ll do something. But I can’t do anything now; I have to take care of things at home” (page 284). What is the underlying distinction between “doing something” and “being someone,” being in the world versus prioritizing home?

14. What attitudes and character traits bring together Adrian and Leonard in such a disturbing relationship? Did you suspect any elements of jealousy or revenge towards Corey in their connection?

15. How do various forms of bureaucratic red tape—health insurance and the healthcare system in general, the judicial system, and college administration—prevent family members in the book from connecting with one another in their moments of most urgent need? What benefits, if any, do these systems provide in the end?

16. Tom says of Molly after she is killed, “She never asked me for anything. I wanted to see her make the most of herself” (page 374). How does this sentiment differ from what Leonard thinks, says, and does towards his son and towards Gloria?

17. Corey projects a future for himself of possibly “living in a halfway house with other addicts, spending his life overdosing and getting revived repeatedly with Narcan, whiling away the days talking about the unforgivable failures of character that had brought him to this” (page 381). What is so “unforgiveable” about his character, and how do his failures to be “vigilant” (page 300)—with his mother, with Adrian, with Molly—compare to the failures of compassion, recognition, and generosity of others?

18. After Molly’s death, Corey vows to “do something bigger—something of which prizefighting was merely a subcomponent: warfare at its highest level . . . something so great it could kill him, forcing him to overcome with finality the inner weakness and self-regard that had allowed him to fail every­one around him—a path to honor, invincibility, pride and moral purity—where his father had indulged in scandal, obscenity and dysfunction” (page 409). How is Molly’s loss different in magnitude and quality from his mother’s? Or do you think the two are compounded in his mind and heart by the end of the novel?

19. When Corey enlists in the Navy SEALs and completes training, he notes, “Whatever he’s a part of—call it war—it’s going to eat up a lot of people—and their homes and land—and money, oh the money!, so much money, so staggeringly much money—and time and energy and paper and ink and electricity and gas and food and marriages and men—before anyone sees the humanitarian payoff. How you see the use of force probably depends on who your father is” (page 440). How do these elements of warfare echo throughout Corey’s life as we see it in the novel, including who his father is? Which war do you think is more devastating to his spirit—the war he fought at home, alongside Gloria and versus Leonard, or the war(s) he’ll potentially fight in the military?

20. Have you ever experienced a chronic disease like ALS, yourself or through someone you know? To which events in the novel where you most able to relate?