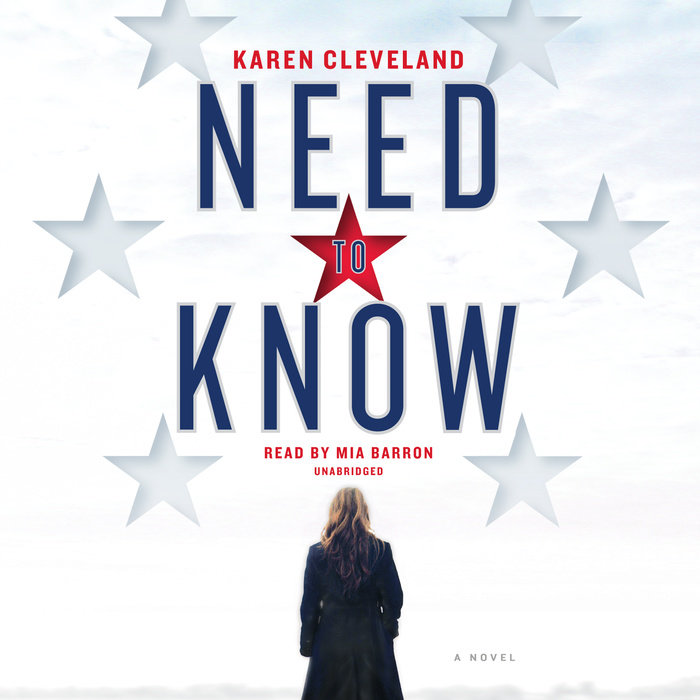 1. The title of the novel points to Vivian’s pursuit of the truth and her drive to determine what matters most to her. Ultimately, what are the things Vivian needs to know about her career and about her marriage?

2. Did you believe Matt when he assured Vivian that his intentions were pure? Were you suspicious of him at any point in the novel? Why?

3. Early in the novel, Vivian is asked to make a decision that pits her loyalty to her country against her loyalty to her family. Does she end up choosing between them, or does she manage to reconcile the two? What would you have done in her shoes?

4. On page 147, Vivian describes the day Luke almost got hit by a car. She instinctively screamed when she saw the car nearly run Luke over, while Matt remained silent. What is the purpose of this scene? What do the parents’ differing reactions reflect about their personalities?

5. Vivian tampers with confidential CIA files and programs multiple times throughout the novel. Were the things she did unethical or justified? Did she jeopardize the nation’s security?

6. Vivian and Matt both serve their respective countries, albeit in different ways. How do their national alliances affect their lives? Do their allegiances change over the course of the novel?

7. Vivian wants to provide the best life possible for her children, and she will do anything to protect them. But if Vivian had not had children to consider, do you think she would have made the same choices?

8. Do the events of the novel irreversibly change Vivian and Matt’s relationship?

9. Karen Cleveland was a CIA analyst herself. Think about the scenes where Vivian is inside the CIA headquarters—what details interested or surprised you? Did you feel you had an inside perspective into the processes of the CIA?

10. What do you know about sleeper cells in the United States? Do you feel they’re a serious threat the public should worry about?

11. Interspersed in the narrative are flashbacks to milestones in Vivian and Matt’s relationship. Did you like these scenes? What did they add to the story—or did they detract from it?

12. On page 267, Vivian says, “They get you where you’re most vulnerable.…With us, it was our family.” Where would you be the “most vulnerable”? Why?

13. Discuss the ambivalence Vivian feels about returning to the CIA after having a year off with her family. Why do you think Vivian decides to go back to work at the end of the novel?