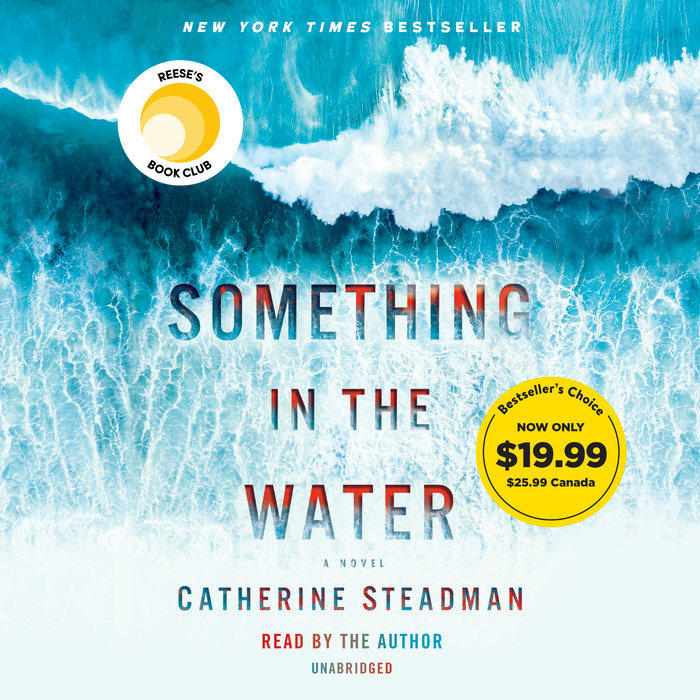 Something in the Water

1. The novel begins with the striking scene of Erin digging a grave, then flashes back in time to describe the events leading up to it. Is this an effective way to enter the story? Did the opening pages hook you? Why or why not?

2. Erin’s career as a documentary filmmaker puts her in touch with incarcerated people she may never have met otherwise, and her relationship with Eddie is especially complex. She never tells Mark about him and is drawn to him during her interviews. She befriends a known criminal. Why does Erin become so closely involved with him? How genuine are her connections with her other documentary subjects, and how do those relationships affect the events in the novel?

3. Throughout the novel, Erin makes questionable decisions in order to secure what she thinks is the best future for her and Mark. Did you sympathize with her or criticize her actions? Does she ever become suspicious or untrustworthy as a narrator?

4. Catherine Steadman is a professional actress and wrote parts of Something in the Water whilst on set. Can you identify ways in which her writing process may have influenced the tone and/or structure of the novel? What struck you about her writing style?

5. After their discovery on the scuba dive, how does Erin and Mark’s relationship change? Despite the secrets they’re hiding from each other, they do not struggle intimately. Do they truly love each other?

6. Money is a motivating factor in Erin and Mark’s decisions, and the idea of the fiscal divide between the extremely wealthy and the middle classes percolates through the novel. Are the characters in the novel motivated by greed? Or survival? Do financial issues have the power to tear people apart?

7. Erin references her family only briefly, focusing most of the narrative on Mark and her documentary subjects. Why do you think her family gets so little page time? Eddie’s daughter, Charlotte McInroy, tells Erin that she disconnected from her family and created a life “from scratch.” Do these two women have similar stories? Does Erin make a life “from scratch”?

8. Erin is often very empathetic, and she doesn’t blame Mark for the consequences of their actions until she has no other choice. Does this reflect a broader tendency for partners to excuse their spouses’ behaviors or put them on a pedestal? Is that reaction even more common among women than men?

9. Erin learns a striking piece of news in the closing pages of the book. Will this affect her character for the better—or for the worse? Do you think Erin is capable of committing a crime herself in the future?

10.  The novel ends with Erin thinking, “You can’t save everyone. Sometimes you just have to save yourself.” What sacrifices does Erin have to make to save herself? Does she leave anyone behind? Would you have made the same choices?