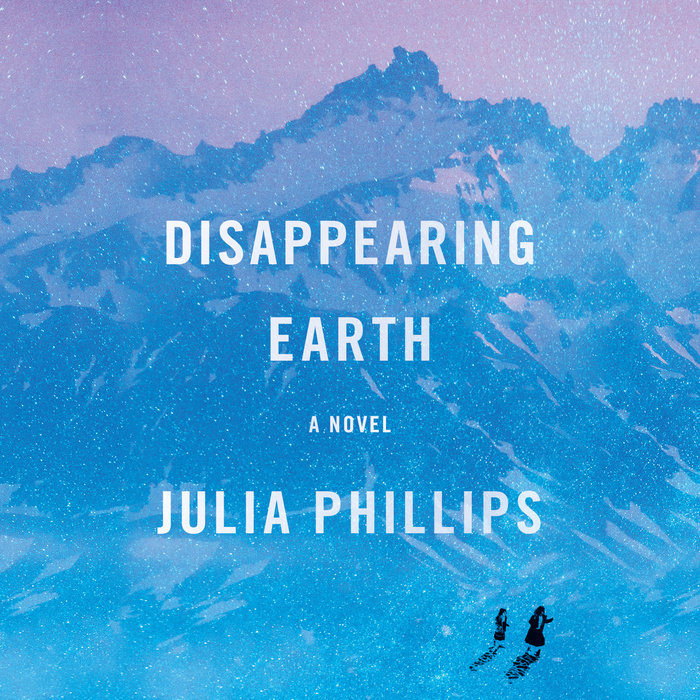 1. In the first chapter, Alyona tells a story about a town that suddenly disappears when a wave washes it away. How is the theme of disappearance explored throughout the rest of the novel?  How does this opening story relate to other examples of disappearances in the book? What does the title, Disappearing Earth, mean to you?

2. Before Alyona and Sophia went missing, another young woman, Lilia, disappeared too. How are these two crimes treated differently in their communities? How are they similar? How does the social, political, and economic climate of Kamchatka affect the way these victims are viewed and discussed? Do you see any similarities to the way people talk about crimes in your own community?

4. During the Soviet era, Kamchatka was a closed military zone, and it is now a remote tourist destination. How do the characters experience this transition to a post-Communist society differently? Consider these two passages from Katya’s and Valentina’s points-of-view:

Katya, pg. 39: After the USSR collapsed, there were no longer any restrictions on travel, no stop to movement; the Soviet military bases that had constrained the entire peninsula were shuttered, so Kamchatka’s residents could finally explore their own land. Katya’s family had gone as far north as Esso to meet the natives with their reindeer herds, west to see steaming craters, and south to pull caviar out of what had become unpatrolled lakes. She spent her youth in the brief reckless period between the Communists’ rigidity and Putin’s strength, and though she had grown into a boundary enforcer, inspecting imports and issuing citations, within herself there remained a post-Soviet child. Some part of her did crave the wild.

Valentina, pg. 52: She grew up knowing the region at its best. Military funding used to stuff the stores with food. There were no vagrants, then, no salmon poachers, and no planes but Soviet military jets overhead. The peninsula was so tightly defended that even other Russians needed government permission to enter. But when the country changed, Kamchatka went down with it. A whole civilization lost. Valentina was sorry for her daughter, for all the children, who would grow up without the love of a motherland.

6. The book is centered on one specific act of violence—the disappearance of the Golosovsky sisters. How does this crime affect the rest of the characters in the novel and the community of Kamchatka in its entirety?

7. Consider the following conversation between Chander and Ksyusha on pg 73:

“‘You haven’t noticed by now that you can’t trust them? They don’t care about us the same way they care about themselves.’ Ksyusha waited for Chander to voice an exception: Ruslan. He did not. In her thoughts, Ruslan slipped from a man she should defend to a man who might abandon—Ruslan could leave her so much more easily than she could leave him.”

8. In addition to the white Russians, many indigenous communities and migrants live in Kamchatka. Discuss how the indigenous and migrant communities are viewed and treated. How does this affect how the police investigate the disappearances? Discuss Zoya’s attraction to the migrant construction workers. How does this compare to the other perspectives of migrants in the book?

9. The novel is written from the points of view of many different women. How are these women connected, and what draws them apart? Which woman’s story was the most memorable to you?

10. Examine the structure of Disappearing Earth. Why do you think Phillips decided to tell the story month by month and from different perspectives? How does this format help dissect a community in its entirety? How does the tension surrounding the investigation progress as the year goes on/the book progresses?

11. Although every chapter covers a month following the disappearance, one chapter breaks this mold and examines a specific date, the New Year’s chapter. Why do you think this specific date/chapter is highlighted?

12. Discuss Marina’s conversations with Alla Innokentevna about their missing daughters. What do these women have in common? How are their experiences different? Why do you think Phillips chose to share Marina’s perspective toward the end of the novel rather than earlier in the book? Why do you think she chose the festival celebrating cultural minorities as the context for Marina’s and Alla’s meeting?

13. The final chapter of the book reveals a shocking ending. Why do you think Phillips chose to end the novel in this way? When the story of the disappearing town resurfaces, how are we reminded of the theme of disappearing?  How is it symbolic of the missing girls’ fate?