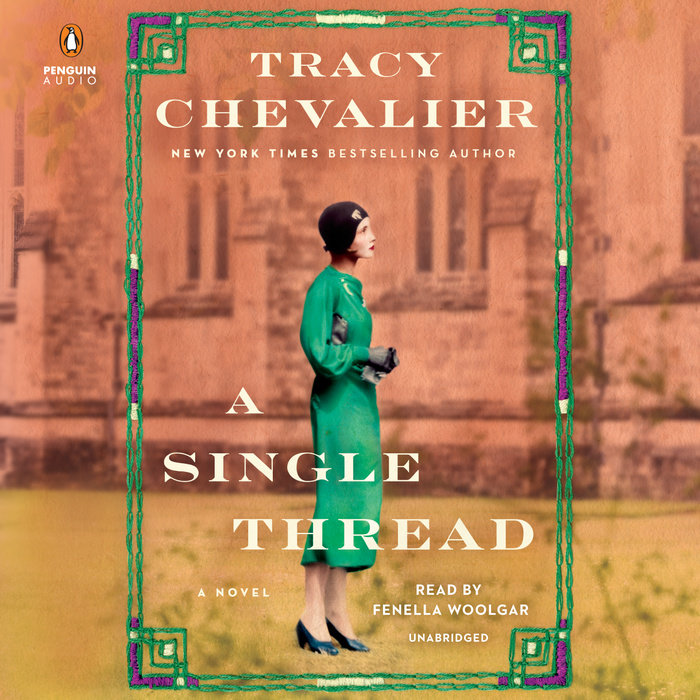 1. We are first introduced to Violet by her frown, as with resolute rebelliousness she inserts herself into a church service in which she does not belong. How did you feel about this introduction? Was it apt? How did it shape your reading of her character and of the book?

2. Violet describes herself as one of the “surplus women”: one of a generation of women left unmarried or widowed by World War I, whom society doesn’t quite know what to do with. She spends her life after the war searching for meaning and purpose, but finds her journey constantly impeded by the constraints and restrictions imposed upon unmarried women at the time. Do unmarried women face similar struggles today? In what ways do you feel society has progressed—and in what ways has it not?

3.  While Evelyn, Violet’s sister-in-law, is married, she is not without burdens herself: Evelyn is expected never to have a hair out of place. When she becomes pregnant for the third time, we see this “perfection” begin to fray at the seams. Do you think an undue burden was placed on married women at the time to maintain the “perfect” household? How about the expectations placed on married women and/or mothers now? Has the idea of a “perfect” home changed? Does the burden of creating it—or the blame for failing to do so—still rest on women?

4. One of the steps Violet takes to gain independence is to leave home—which means leaving her mother alone. When Mrs. Speedwell falls ill, Violet goes home to take care of her, and is expected, as the unmarried daughter, to continue to be her mother’s caretaker. Violet is able to come up with a creative solution that works well for her family as well as her friends—but the burden to do so falls entirely on her. What did you think of this being solely Violet’s responsibility? How did you feel about Tom’s response? Was it pragmatic or gendered?

5. The women of the novel rebel in various ways—from Gilda’s refusing to bow to societal pressure to Miss Pesel’s subversive fylfots to Violet’s setting out to live an independent life despite her family’s expectations. How do you think the term “feminism” applies to the women of A Single Thread? In what ways do you feel we can learn from them today?

6. The fylfots Miss Pesel and Violet stitch closely resemble Nazi swastikas, as Arthur points out in anger. Miss Pesel explains that she stitches these symbols as her own act of rebellion—reclaiming the symbol for its original intent rather than bending to the Nazis’ definition. How did you feel about this interpretation of “rebellion” as reclamation versus other acts of defiance, such as marches and protests? Consider the world today: What do you think about reclaiming symbols or words at the risk of causing societal upsets?

7. A Single Thread takes place in the gap between two wars, with our characters still mourning the losses they faced in World War I as World War II looms, unbeknown to them, over their future. Only Arthur appears to be aware that Hitler may soon rise to dangerous power. What challenges did the writer face in knowing more than her characters did about the future? How does it feel, as a reader, to know more than the characters do?

8.  Miss Pesel often refers to needlework as therapeutic, saying, “When there is an upset, there is nothing like needlework to bring calm and focus” (page 224). One of Violet’s painting instructors spoke similarly of the soothing effects of painting: “It will be a relief to you too, to remain in the moment, not to dwell” (page 46). These days, crafting has become popular again, with growing numbers of knitters, quilters, and embroiderers. Why do you think this is? Is it being used therapeutically?

9. Throughout the novel, we are presented with different understandings of moral behavior—from those who would call Gilda and Dorothy’s relationship obscene to those who would judge Violet’s affair with Arthur to Mrs. Biggins’s strict understanding of how an upstanding woman should act. Who would you say is the moral compass of the book? Is morality fluid, a product of its times, or is it an objective measure of behavior that should be unaffected by the current state of society?

10. Does A Single Thread have a “happy” ending?

11.  Tracy Chevalier’s novels, despite their historical settings, have a remarkable ability to stand outside of time and resonate with the present day. In what ways do you feel the novel and its themes are relevant today? What did you take away from it?