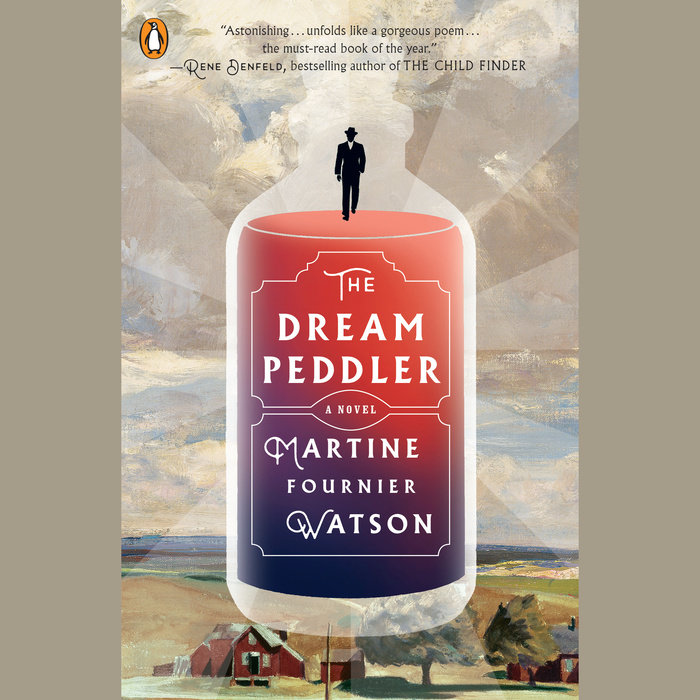 1. Do you think Robert’s magic is real, or only a con? How about what Robert himself believes? Does it matter?

2. What was your reaction to Cora offering her baby to Evie? Do you think it could have worked or made either of them happy? How did you feel when Evie refused? What do you think you would have done in her shoes?

3. Robert’s character could be described as an archetypal wanderer or scapegoat. Does he remind you of any other fictional or historical outsiders who were treated as scapegoats? What about in your own experience? How does your understanding of that dynamic impact your reading of the book?

4. The role dreams can play in a person’s life is central to this book. Have you ever had a dream that pointed you in a certain direction or revealed a truth you hadn’t previously realized? Do you agree with Robert’s claim that a dream can never tell us something we don’t already know?

5. The dream peddler spends his life as an interloper, an outsider, because he never stays in one place. Yet some of the other characters seem like outsiders in a place they have lived their whole life. Which characters do you think experience this isolation? Is it always obvious? Which characters enjoy that status, and which don’t?

6. It seems that much of what drives Robert’s friendship with Evie is his desire to help her. How well do you think he fares with this? In what ways does he help or hinder her?

7. At the end of the book, Robert willingly shoulders the blame for Cora’s pregnancy. Why do you suppose he does this? Would you agree that he is responsible in any way?

8. Robert is drawn to Evie immediately upon seeing her, and the relationship they form drives him to share more of himself and become more personally involved in the town than he has allowed himself in the past, something that you could say backfires on him. Why do you think he was so interested in Evie? Did their friendship change him? Will his role in the next town he visits be different as a result?