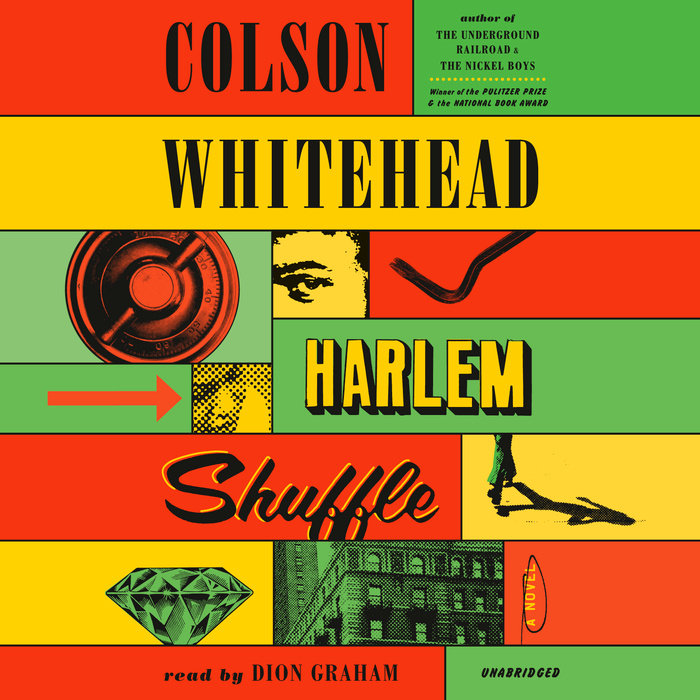 1. Carney is described as being “only slightly bent when it came to being crooked, in practice and ambition” (page 31)—suggesting a more nuanced understanding of seemingly criminal activity. How does his placement on the crooked spectrum change throughout the course of the novel? How does his crookedness compare to others he does business with?

2. As much as the people in the novel embody their environment, New York City is a formidable character itself that evolves with its inhabitants. Which changes more, the city or the people, and how do the scenes of New York in the novel compare to those of the present day?

3. What do the Riverside Drive apartments represent to Carney? What did you make of his change of heart about Strivers’ Row at the end of the novel? Consider Freddie’s comment that on Riverside, “There’s us, there’s water, and then there’s more land, we’re all a part of the same thing. But Park Avenue, with those big old buildings facing one another, full of old white people, there’s none of that feeling, right? It’s a canyon. And the two sides don’t give a shit about you. If they wanted, if they so decided, they could squeeze together and crush you. That’s how little you are” (page 268).

4. We learn that “Carney avoided the block he grew up on. He only found himself there if he was preoccupied with the store, or money, and his homing mechanism misfired. Safer to direct nostalgia for those days toward his cousin’s place on 129th Street” (page 169). What does this suggest about the intensity of his efforts to change his fate? How does the city itself prevent him from doing so?

5. What is the value for Carney in being able to leave his mark on the city through his furniture or other trade? Consider the line: “Carney imagined himself inside because he was looking for evidence of himself. Was there an Argent wingback chair or Heywood-Wakefield armoire in one of them, over by the window, the proof of a sale he’d closed? It was a new game he played, walk­ing around this unforgiving town: Is my stuff in there?” (page 124).

6. What elements of the race protests that are depicted in the novel remind you of the more recent Black Lives Matter activism? How have things changed, or not, regarding the relationship among protesters and non-protesters, police and black people, and the struggles of the black community to be treated with justice and equality? Consider the words on the leaflet on page 295—did they sound familiar to you?

7. Describe Carney’s family and role as a husband and a father. How do his personal and professional lives bleed into each other? How do memories of his own father shape his relationship with his wife and children?

8. What does the Dumas Club represent for Carney? How does his denied admission shape what comes next for him?

9. Discuss the significance of the “dorvay” for Carney and his business partners, including how it shaped his early days of studying and work. Which side of the day do you think he prefers to be on, and how does it reinforce the multiple “roles” of the characters, given this reflection? “He finally went down near dawn and when he woke he was back on schedule, in sync once more with the straight world. Cast out from the forgotten land of dorvay, as if he’d never been there. What had they meant, those dark hours? Maybe it was a way to keep the two sides of him sepa­rate, the midnight him and the daytime him, and he didn’t need it anymore. If he ever had. Maybe he’d invented a separa­tion where none existed, when it was all him and always had been” (page 203).

10. What are the roles of women in the novel? Consider especially how Elizabeth and Marie are depicted, and Carney’s sympathy for Marie in having the “burden of carrying an apartment on your back; you stagger sometimes but you take the weight, what else can you do?” (page 149).