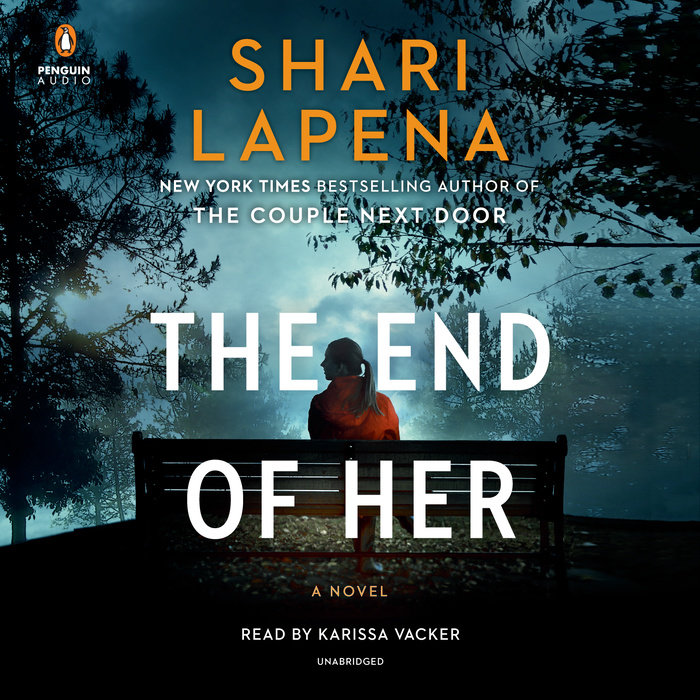 The End of Her

1. Much of the narrative takes place within Stephanie’s own mind: how overwhelmed and exhausted she feels, what she expects Patrick will do, and the doubts raised by Erica’s appearance. Did you think Lapena successfully created a believable internal monologue for Stephanie? Explain why.

2. When Patrick has the polygraph done, we learn that the results can be faked—something Patrick unsuccessfully attempts to pull off. When Stephanie hears the results of the test, realizing what Patrick has done, she collapses in shock and fear, then immediately flies home. Do you think her reaction was warranted? Why or why not?

3. Erica arrives on the scene in Aylesford, and when she realizes Patrick won’t bend to her will, she doubles down and approaches Stephanie, sowing seeds of doubt in her mind about Patrick’s past. At what point, if any, did you start to believe Erica might be telling a version of the truth?

4. In this book, someone is always watching, waiting for someone to put a foot wrong. Hanna appears to be Stephanie’s only friend—the one person who doesn’t wish her ill will—and yet, Stephanie decides to use Hanna as part of her plan to get rid of Patrick. Did you think Hanna suspected more than she let on? What would you have thought, if you were in her shoes?

5. The “unreliable narrator” device is certainly at play in the novel, making it a challenge to know who’s telling the truth, and when. At any point, were you able to spot a lie from one of the characters? If so, what was it, and how did you know?

6. Lapena kicks off the main narrative with Stephanie and Patrick, but she also weaves in the subplots with Cheryl, Gary, and Devin, as well as Nancy and Niall. Erica ties the three storylines together—did you anticipate how her manipulations would play out, and how the three threads would connect? Explain.

7.  Erica’s fate in the epilogue will provide relief for many, if not all, of the other characters. Who do you think is to blame, and why?