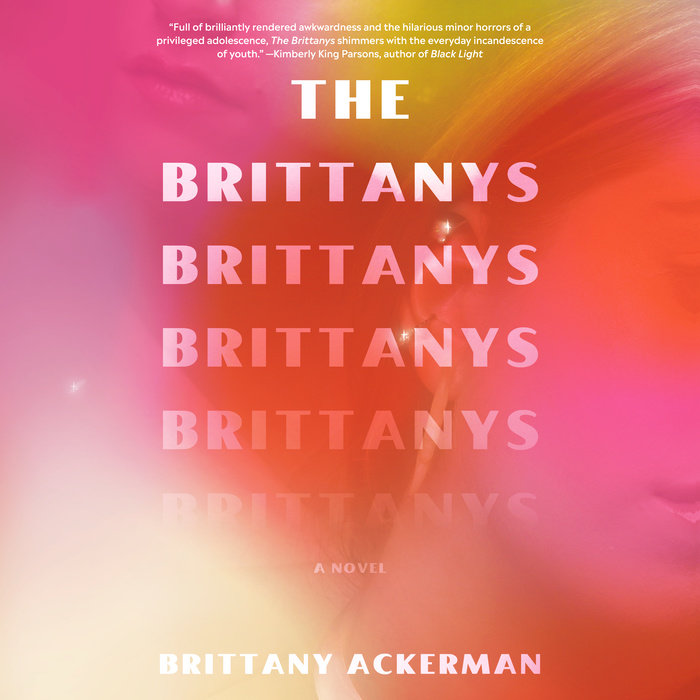 1. The novel revolves around a group of seven friends, five of whom are named Brittany. Are the other two girls, Kenzie and Leigh, outsiders in any way? Does the multitude of Brittanys suggest anything about the novel’s themes?

2. Early in the book, the narrator says that she and her “best friend out of all the best friends,” Brittany Jensen, “knew” they were magic and could “make things happen just by thinking” (pg. 5). Does this belief turn out to be justified? Why does the author include this at the beginning of the story?

3. The girls come from financially comfortable backgrounds, yet there are suggestions that they have mixed feelings about it. The narrator says, “I think Jensen gets embarrassed by the money her parents have,” (pg. 8) and later states, “We have everything we don’t need, and we hate telling outsiders that we go to a prep school” (pg. 52). How might their wealth affect their outlook on themselves and the world?

4. The quest for candy on Halloween is juxtaposed with quests for sex and drugs. Are there other scenes that contain similar contrasts? What does this suggest about the characters, and about the nature of adolescence?

5. How does the author’s inclusion of italicized flash-forward narration throughout the book affect your perspective and experience of the story? By using this technique, is the author making a point about the relationship between the past and the present in our lives?

6. Despite not enjoying her first intimate experience with Brody very much, the narrator says immediately afterward that she might want to lose her virginity to him. Why might she react this way, considering the circumstances?

7. The “special sacred area” at the home of Jensen’s grandparents sparks a yearning in the narrator, whose family is not especially religious (pg. 54). Do you think this represents a spiritual impulse or a reaction to the materialism in her community? Likewise, does the narrator’s focus on boys reflect a desire for sex, love, or both?

8. The flash-forward narration informs us that the narrator never shared the “Brody fiasco” with her best friend (pg. 72). Was this a turning point in their relationship?

9. What are some of the rites of passage the characters experience or discuss? Are these events portrayed more as meaningful or as painful?

10. Jensen’s intoxicated mother ridicules Jensen’s appearance during their backyard barbecue, and shortly thereafter Jensen treats the narrator with hostile aggression. Why does she direct anger toward her friend rather than toward her mother?

11. The narrator expresses a lot of concern about what others think of her. How common do you feel this self-consciousness is for someone her age, and how does it affect her relationships with others? Does it lead to good decisions or bad decisions in her day-to-day life?

12. Why do you think that Rosenberg demands that her friends jump into the pool? Why does the narrator go along with it?

13. After her fight with Jensen, the narrator starts spending more time with the other girls in the group. How does this ultimately affect her relationship with her best friend, in either a positive or a negative way?

14. What role does the narrator’s mother play in the story, and in her daughter’s life? Does she make any mistakes as a parent? How does she compare to the other parents who appear in the book?

15. Does the narrator’s brief conversation with Amber, whom she considers out of her league socially, make her see the world differently? If so, why?

16. The narrator views her older brother with both affection and rivalry. How does her relationship with him change over the course of the story?