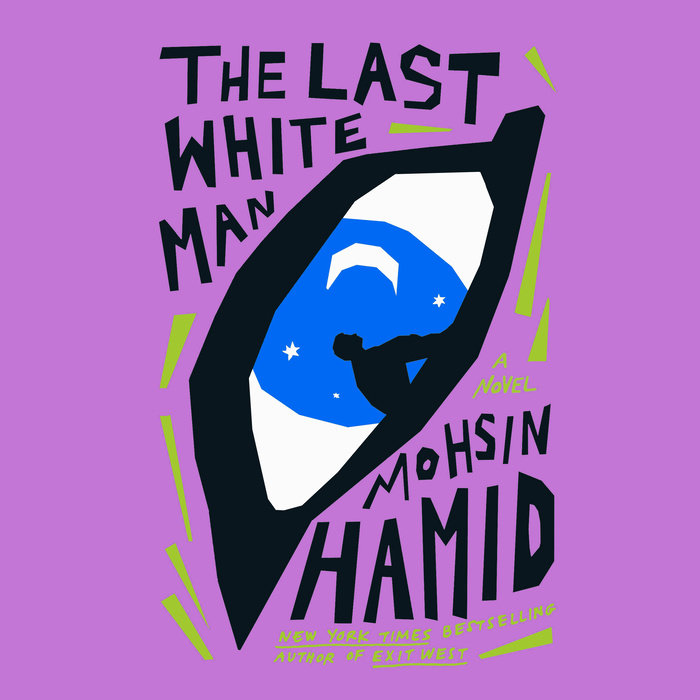 1. When Anders and Oona each change skin color, they consider the ways in which they feel like the same person and the ways in which they don’t. The narrative reflects how they perceive others who change color and how others seem to perceive them. What is the book exploring about the relationship between appearance and identity? What questions does it raise about how we conceive of identity itself?

2. The novel uses the terms “white” and “whiteness” throughout, but never “Black” or any other vocabulary of race. Nor for that matter does it give a specific name to the location where the story takes place—in fact, it includes no proper names, other than those of Anders and Oona. What is the effect on the reader of having such familiar labels—and even the very habit of labeling—stripped away?

3. The narrative appears to enter without judgment, even with sympathy, into the experiences and attitudes of all four principal characters—Anders, Oona, Anders’s father, and Oona’s mother—indeed, into their behaviors and mindsets at their most disturbing. Why do you think Hamid made such a narrative choice? What was the impact on you as you read?

4. Much of the initial response to the changes in skin color that are sweeping the unnamed land of the novel is violent: militias form, vigilantism takes hold. Gradually the tide turns toward peace. What impulses fuel the violence? How and why do alternative responses emerge?

5. Oona and Anders have each lost a parent, and Oona has also lost her brother to suicide. How do these past losses affect them in the present? How do the losses shape their relationships with their surviving parents, and how do the losses bring the two of them together?

6. It’s Anders’s father who proves to be the “last white man” of the title. Considerable detail is devoted to his dying, Anders’s care of him, and the dynamics from the past and present that this death calls up in Anders. How did this aspect of the narrative strike you? How do you perceive its relationship to the theme of unstoppable change and the response to it in the broader arc of the novel?

7. Oona’s mother’s reaction to the changes in the people around her in general, and to those in her daughter in particular, is more overtly dramatic than that of Anders’s father to the changes around him, and Oona’s relationship with her mother is portrayed as more contentious than that of Anders with his father. After her mother changes, Oona is surprised to feel a positive effect, and she finds she does not know “in retrospect, if things truly had been as precarious as she had imagined them to be.” What does this turn of events, perceptions, and memory suggest?

8. The characters in the book experience the events occurring in the world around them both directly and indirectly, as they are covered in the news and on the internet, and they respond to these inputs in very different ways. What is the novel observing about the role of perception, interpretation, and agency in a media-saturated, highly mediated world?

9. Oona and Anders’s daughter, like all children in the generation born after the change, has no memory or concept of whiteness. How does her arrival in the story shift its course? How did you feel about the ending of the book?

10. Hamid has written that the novel was inspired by his post-9/11 “profound sense of loss” of his own “partial whiteness”—hitherto unquestioned access to a good education, well-paying jobs, freedom of movement, and other privileges. What do you think about this concept of race as contingent? How does it play out in the novel? How do you see it at work in your own life, your community, your country?