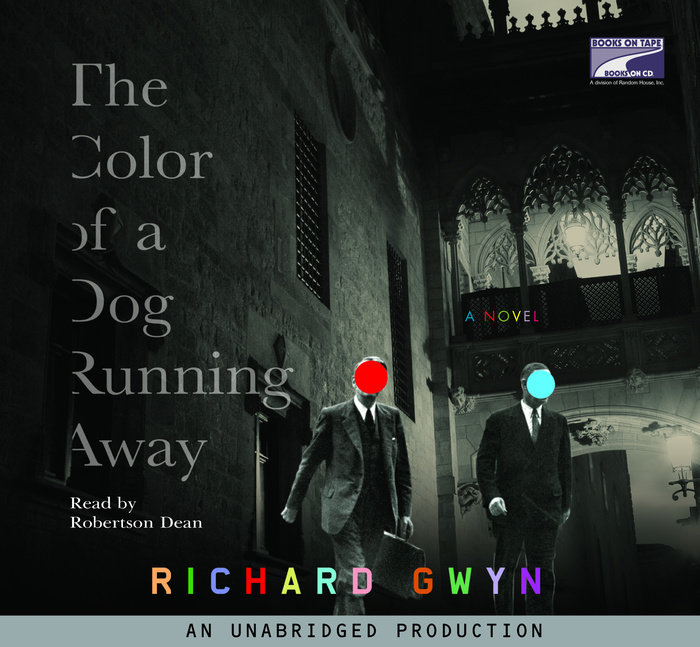 The Color of A Dog Running Away

1. In the Prologue, the narrator refers to the phrase “the colour of a dog running away” as conveying “something of an indeterminate or vague and shadowy appearance, perhaps suggesting a fugitive reality.” Are there ways in which the title might help us to understand the book's emerging themes? Are there specific ways in which the narrator plays with the notion of a fugitive reality?

2. Why does Lucas fail to act when he witnesses the mugging at the start of the novel? Does his inaction have any relevance for the rest of the story?

3. The act of storytelling is a central theme of the novel. How does Gwyn use the idea of story, and of stories embedded within stories, in order to consolidate and illustrate this theme?

4. Who is the Baron, and what is his role in the story?

5. The roof people might be seen as representing a kind of anarchic liberation from the constraints of convention. But how 'free' are they?

7. Lucas sometimes presents himself as a man who is concerned about his own possible loss of identity. What is Nuria's role in helping (or hindering) his recovery of identity? What is Pontneuf's? And what part, if any, do the Roof People and the Baron play in the resolution of his crisis?

8. Is the The Color of a Dog Running Away a satire on the recent spate of cod-religious historical thrillers?

9. At his last meeting with Lucas, Igbar Zoff produces two enigmatic utterances: “The city of marvels is a brothel, after all. You get what your fantasy dictates” and “I've become the kind of person who looks in mirrors and sees what isn't necessarily there.” Might these phrases apply equally well to Lucas?

10. Nuria could be regarded as a fictionalised character adopted from the 'real' life of Lucas. This is presented to him as a ready-made argument by his friend Eugenia, who in Chapter Seventeen, asks him to imagine that he is a novelist whose story begins to mirror events in his life. Is Lucas the victim of his own delusional thinking in relation to Nuria?

11. It might be argued that Lucas' consumption of alcohol and drugs leads him into a state bordering on the paranoid. Does this merely amplify our sense of him as an unreliable narrator, or is his prolonged intoxication a necessary process in the resolution of the story?

12. In the author's acknowledgments, Gwyn refers to Barcelona as “the real heroine of the story.” What is the city's role in the novel and how important is this location in the unfolding of Lucas's drama?