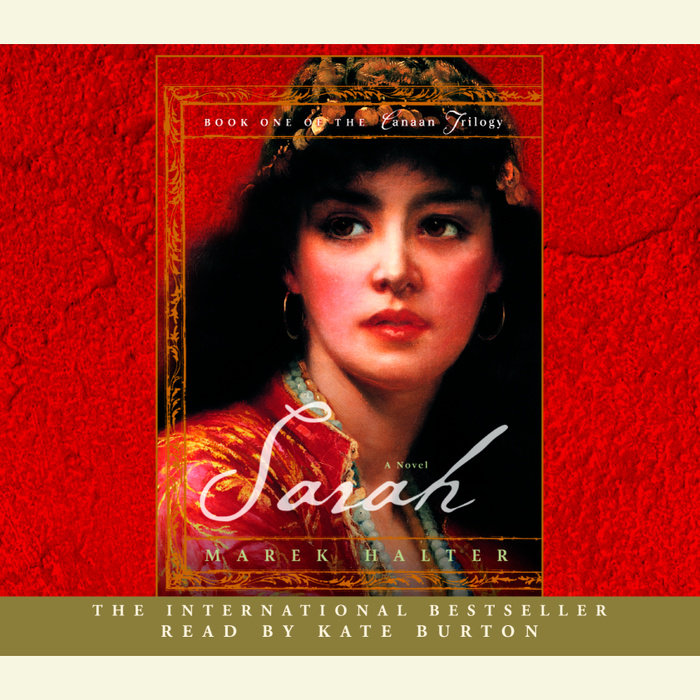 1. Read the portions of Genesis in the Bible pertaining to Sarah’s story. Discuss how the novel changes your perspective on an episode crucial to Jews, Muslims, and Christians. How familiar were you with the story beforehand? Does Sarah, the novel, raise issues you haven’t thought about before in your own religion?

2. In Sarah’s time, the role of women was often precarious. In her father’s home, she was pampered, but bound to marry who he wished; as a high priestess, she wielded great power, but had no control over how her body would be used; even after marrying Abram for love, she was still given to Pharaoh as if she were a prostitute. Do you see parallels to the lives of women today? Why, or why not?

3. On pages 39 and 40, a soothsayer predicts Sarai will bear two children, and, when pressed, adds, “She can be a wife without a husband. She is the kind of woman who provokes violent acts…The gods will decide her fate: queen or slave.” In what ways did these predictions come true? How were they inaccurate?

4. Sarai tells Abram on page 117, “The gods of the lords of Ur aren’t anyone else’s gods! We are the only ones who can invoke them!” Do you see parallels to the current strife in the world? How have things changed in thousands of years?

5. On page 122, Sarai thinks of Abram: “This was the man she loved…A man who loved her without saying it in words, but who showed it through his jealousy and rage.” Is this love? How important is love to Sarai and to the various societies she lived in?

6. On page 158, Sarai tells Abram, “I’m going with you because you are Abram and I am Sarai.” How does Sarai feel about Abram’s claims? She chose to go with him at the temple in Ur; does she choose to follow him now or is it no longer her decision to make?

7. Sarah’s unchanging beauty is portrayed as both a miracle and a curse. How does this relate to today’s world, where plastic surgery and “extreme makeovers” are becoming the norm? If Sarah were alive today, what do you think would be her fate?

8. Over the course of Sarah’s life, she is immersed in several different cultures: the highly civilized city-state Ur, the nomadic mar.Tu people, the opulent and exotic palace of Pharaoh. What were the similarities? How were women treated in each society? Where was Sarah the most content? Where would you be most content?

9. Several of Sarah’s plans—drinking a potion to avoid forced marriage, giving Abraham a son through Hagar—work perfectly, but are ultimately mistakes. Can you think of other examples? What are the repercussions? What happens when Abraham makes mistakes?

10. Throughout the novel, there are instances where Sarah behaves selfishly, often to the detriment of those around her. She shows almost no grief upon her brother’s death. She encourages Lot’s crush on her. She banishes Hagar when the woman is almost ready to give birth. Are there factors that mitigate or excuse these acts? Would you trust her? Does Sarah mature? Is she a good role model?

11. On page 205, Sarai says, “He’s your god, Abram, not mine.” What is the first sign that Sarai is beginning to believe in Yhwh? What fuels her conversion? Are her motives pure?

12. Abram tells Sarai on page 283 that Yhwh has changed their names to Abraham and Sarah. How is this a turning point in the story? Does it make them different people?

13. How does Sarah’s legacy affect today’s society? Your life?

14. Ancient Ur is located in what is now Iraq. Does this fact alter your feelings about what you have read in any way? Does it change your beliefs about that country?

15. The author, Marek Halter, said, “I have always been fascinated by the strong female figures in the Bible, and frustrated by the lack of documentation available on them. Re-examining the Old Testament through the feminine perspective has rendered this ancient text more emotionally accessible and has given it a modern appeal.” Do you think he achieved his goal? Would you call this a “feminist” version of the story? Does it ring true?

From the Hardcover edition.