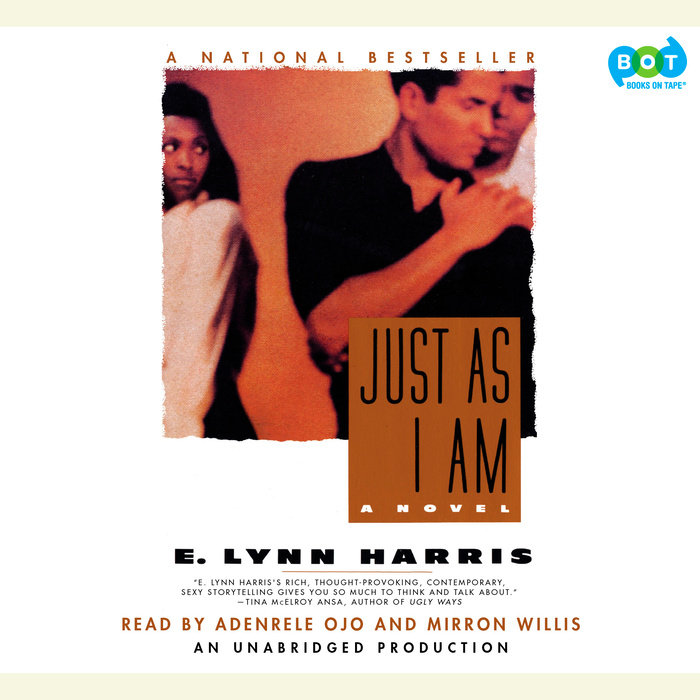 Just As I Am

1. For Discussion: Just As I Am
At the beginning of the novel, both Raymond and Nicole are living celibate lives. Compare and contrast the reasons they give for making this choice. What role, for example, does fear play? How much does the desire for a "perfect love" influence them? Who do you think is more realistic about the possibility of finding a partner to trust and build a solid relationship with?

2. Raymond and Nicole alternate as narrators in Just As I Am. How does this enhance or detract from the flow of the book? Is Harris equally successful in creating their voices, or is one stronger or more believable than the other?

3. Raymond describes "a common syndrome in the black gay community, where nice, good-looking, educated black gay or bisexual men didn't mind being friendly, but would never date each other" [p. 12]. Why do you think this pattern developed?

4. Is Nicole overly concerned about the color of her skin? Is her image of herself a result of her upbringing in a Southern black community or are her beliefs about beauty and skin color shared by many African Americans? Is Nicole's mother's pleasure when Nicole does better than lighter-skinned girls in beauty contests a form of pride or of prejudice [p. 37]?

5. Why doesn't Nicole bring up race when she talks to her therapist about Pierce, the white man she is dating [p. 52]? Why is she both flattered and annoyed that Pierce compares her to Diahann Carroll? Do you think, as Nicole suggests, that race need not be an issue between two people who love each other? Later in the novel, Nicole asks herself "What type of black woman would be married to a white man? Is there a type?" [pp.120-121]. Is this a reflection of her doubts about Pierce or does it reveal her fundamental misgivings about interracial dating? Are there people who deliberately choose to go out with members of a different race, and if so, why do they make that choice?

6. When Raymond agrees to defend Basil in a lawsuit, Kyle says "You're actually promoting gay-bashing when you defend people like Basil" [p. 90]. Do you think this is a fair assessment? What are Raymond's motivations for taking on the case?

7. Nicole is hoping to get the lead in "To Tell the Truth," a play about Anita Hill and Clarence Thomas that Pierce is producing. Why does Harris use this use well-known incident as the basis for his fictional play? What parallels are there between the themes explored in the novel and the real-life questions that erupted during Thomas's congressional hearing?

8. Why didn't Kyle tell his friends that he was HIV positive? What does he mean when he says "Long story short, I didn't want to spend the rest of my life dying" [p. 188]? Kyle receives a lot of help and support from the gay white community but why not any from the African American community?

10. Kyle says "I think God just gets mad with us when we get down here and try to be something we're not. I really think that pisses Him off" [p. 247] Is this message different from the teachings of traditional religions? How has the church shaped the attitudes, good and bad, of the various characters?

The title Harris chose for his first book--and eventually for the entire trilogy--echoes Ralph Ellison's Invisible Man, a seminal work in African-American literature. How does the world Ellison describes compare to Harris's description of the African-American community today? Are the protagonists similar in any way? Does "Invisible Life" only refer to the lives of the gay and bisexual men, or does it encompass aspects of the women's lives as well?

12. Discuss the views of homosexuality you have encountered in your own life. Are most people more willing to accept racial and religious differences than sexual differences? Do gay black men and women suffer greater doubts and more guilt than gay whites? Why or why not? What cultural factors influence the way people feel and talk about sexuality? Did the novels change your own feelings about the gay community?

13. The characters' relationships with their parents is an important theme in the trilogy. What impact does her mother's criticism have on the choices Nicole makes and her image of herself? Is Basil's hostility toward women a result of being raised by his father? Do you think his father genuinely loved him? Why didn't his father succeed in teaching Basil "to be a man and to try and do what's right"? Is Peaches a believable character or is Harris's portrait of her too idealistic? Are you more sympathetic to Yancey when you find out how her mother treated her as a child?

14. Discuss the differences between the views on race, religion, and gender expressed by the two generations. How do they reflect the society in which each generation grew up? Do you think Americans are becoming more tolerant or that age-old prejudices still thrive?