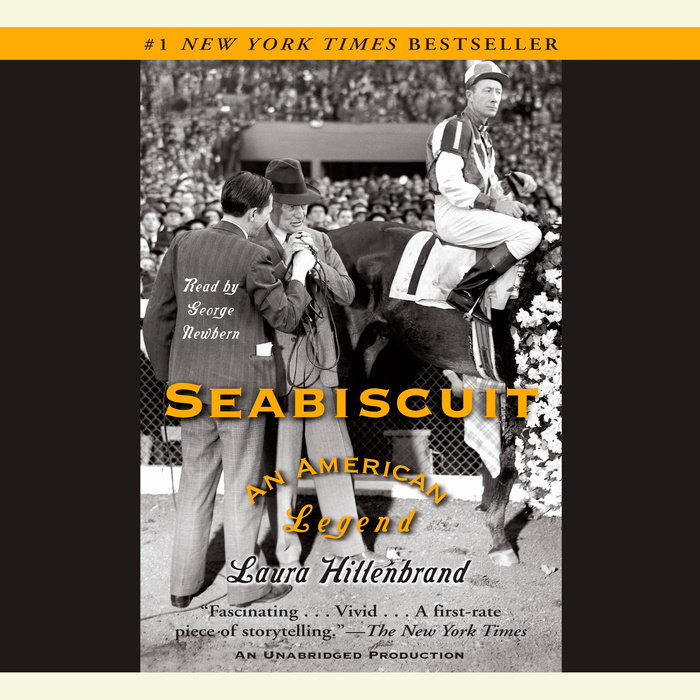 1. Seabiscuit grew so popular as a cultural icon that in 1938, he commanded
more space in American newspapers than any other public
figure. Considering the temper of the times as well as the horse’s
early career on the racetrack, what were the sources of The Biscuit’s
enormous popularity during that benchmark period of U.S. history?
Would he be as popular if he raced today? What did the public need
that it found in this horse?

2. The Great Match Race between Seabiscuit and War Admiral in 1938
evoked heated partisan passions. These passions spilled over on
radio and into the daily prints, with each colt leading a raucous
legion of followers to the barrier at Pimlico Race Course that autumn
day. What were the differences separating these two horses, and
what did each competitor represent in the American experience that
set one apart from the other?

3. All jockeys in the 1930s endured terrible hardships and hazards,
starving themselves to make weight, then competing in an exceptionally
dangerous sport. For George Woolf and Red Pollard, there
were additional factors that compounded the difficulties and dangers
of their jobs—diabetes for the former and half-blindness for the
latter. Why, in spite of this, did they go on with their careers? What
were the allures of race riding that led them to subject themselves to
such risk and torment?

4. What was the role of the press and radio in the Seabiscuit phenomenon?
How did Howard use the media to his advantage? How did
the media help Seabiscuit’s career, and how was it a hindrance?

5. Seabiscuit possessed all the qualities for which the Thoroughbred
has been prized since the English imported the breed’s three foundation
sires from the Middle East three hundred years ago. What
were those qualities? What made this horse a winner?

6. Horses of Seabiscuit’s stature, from Man o’ War in the 1920s to
Cigar in the 1990s, have always generated a powerful gravitational
field of their own, attracting crowds of people into their immediate
orbit, shaping relationships among them, and even affecting the
personalities of those nearest them. How did Seabiscuit shape and
influence the lives of those around him?

7. Red Pollard, Tom Smith, and Charles Howard formed an unlikely
partnership. In what ways were these men different? How did their
differences serve as an asset to them?

8. What critical attribute did Howard, Smith, and Pollard share? How
did this shared attribute serve as a key to their success?

9. In what ways was each man in the Seabiscuit partnership similar, in
his own way, to Seabiscuit himself? How did these similarities help
them cultivate the horse’s talents and cure his ailments and neuroses?

10. What lessons can be drawn from the successes of the Seabiscuit
team? What does their story say about the role of character in life?