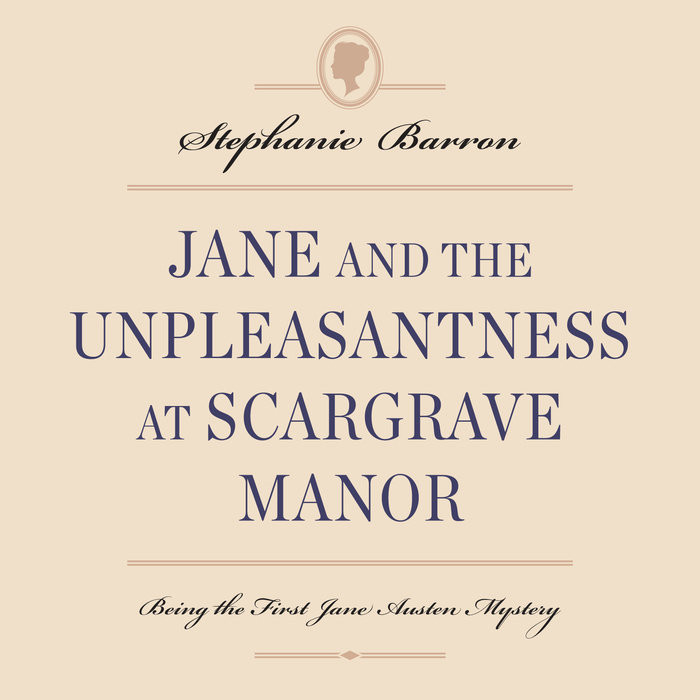 Jane and the Unpleasantness at Scargrave Manor

1. Jane Austen was born in 1775, on the eve of England’s war with the American colonies, and died in 1817, two years after Napoleon’s defeat at Waterloo. Her life was in many ways defined by warfare. How might this have shaped Austen’s attitudes toward men? Toward women’s traditional roles?

2. In Barron’s novels, Jane Austen is regarded as a gentlewoman–a person of good birth and social standing–who unfortunately has no money. Her desire to write novels is partly motivated by a desire for financial independence and a life beyond the narrow domestic roles accorded to women in her day. Is this struggle different today?

3. The fictional Jane of this mystery series walks a fine line between knowledge of the broader world and its evils–murder, adultery, jealous, scheming, avarice, political treason–and a sharp awareness that a lady of her period was expected to know nothing of any of them. Is Jane a hypocrite? Is she unusual in her knowledge of the world? How does her compromise between experience and the limits of social convention surface in her fiction?

4. Lord Harold Trowbridge holds an immense attraction for Jane in these novels. What does he represent in her life–the desire for power? For deep emotional and physical experience? The desire to save him from himself? Or merely Jane’s yearning to be known for who she truly is? Is Jane more honest with Lord Harold that with others in her life?

5. Jane lavishes affection on her elder sister Cassandra. Is Cassandra worthy of it?

6. Jane’s involvement in the lives of others suggests the possibility that she a) an insufferable busybody; b) has too much time on her hands; or c) is extraordinarily perceptive about human nature–which allows her to map the motivations behind (occasionally criminal) actions. Discuss. Is Jane a perceptive person? Is this evident in her novels as well as her detective adventures?

7. In an era when women were expected to marry and have children, Jane did neither–publishing books instead. Was she a rebel? How did she make the best of a social fate she neither chose nor controlled? Which qualities make it more or less likely that she would enjoy the challenges of amateur detective?

8. Jane’s fictional women usually triumph by the power of their wits and the energy of their actions. Does this reflect Jane’s real life? Is it a hopeful view of existence? Do you think Jane was a content person? An ambitious one? A wise woman or a blind one?