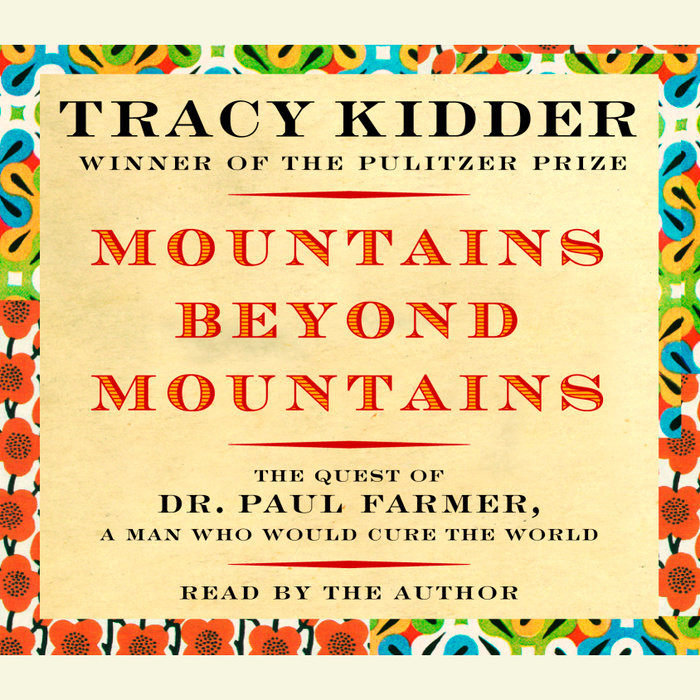 1. Paul Farmer finds ways of connecting with people whose backgrounds are vastly different from his own. How does he do this? Are his methods something to which we can all aspire?

2. Paul Farmer believes that “if you’re making sacrifices . . . you’re trying to lessen some psychic discomfort” (p. 24). Do you agree with the way that Farmer makes personal sacrifices? For what kinds of things do you make sacrifices, and when do you expect others to make them?

3. Kidder points out that Farmer is dissatisfied with the current distribution of money and medicine in the world.What is your opinion of the distribution of these forms of wealth? What would you change, if you could?

4. Farmer designed a study to find out whether there was a correlation between his Haitian patients’ belief in sorcery as the cause of tb and their recovery from that disease through medical treatment.What did he discover about the relative importance of cultural beliefs among his impoverished patients and their material circumstances? Do you think that this discovery might have broad application–for instance, to situations in the United States?

5. The title of the book comes from the Haitian proverb,“Beyond mountains there are mountains.” What does the saying mean in the context of the culture it comes from, and what does it mean in relation to Farmer’s work? Can you think of other situations–personal or societal–for which this proverb might be apt?

6. Paul Farmer had an eccentric childhood, and his accomplishments have been unique. Do you see a correlation between the way Farmer was raised and how he has chosen to live his life? How has your own background influenced your life and your decisions?

7. Compare Zanmi Lasante to the Socios en Salud project in Carabayllo. Consider how the projects got started, the relationships between doctors and patients, and the involvement of the international community.

8. Kidder explains that Farmer and his colleagues at PIH were asked by some academics, “Why do you call your patients poor people? They don’t call themselves poor people” (p. 100). How do Farmer and Jim Kim confront the issue of how to speak honestly about the people they work to help? How do they learn to speak honestly with each other, and what is the importance of the code words and acronyms that they share (for example, amc’s, or Areas of Moral Clarity)?

9. Ophelia Dahl and Tom White both play critical roles in this book and in the story of Partners In Health. How are their acts of compassion different from Farmer’s?

10. Tracy Kidder has written elsewhere that the choice of point of view is the most important an author makes in constructing a work of narrative nonfiction. He has also written that finding a point of view that works is a matter of making a choice among tools, and that the choice should be determined not by theory, but by an author’s immersion in the materials of the story itself. Kidder has never before written a book in which he made himself a character. Can you think of some of the reasons he might have had for doing this in Mountains Beyond Mountains?