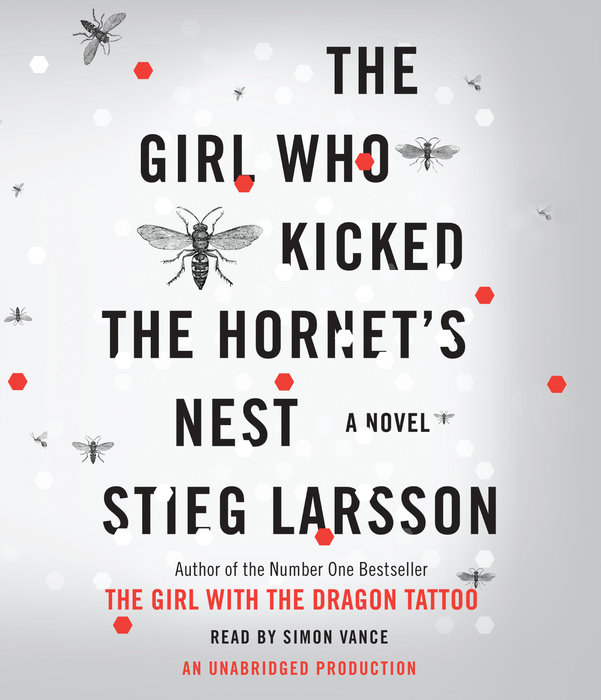 The Girl Who Kicked the Hornet's Nest

1. Have you read the two previous novels in the trilogy, The Girl with the Dragon Tattoo and The Girl Who Played with Fire? Which of the three did you find the most compelling, and why?

3. Each part of Hornet’s Nest begins with a brief history lesson about women warriors. What was Larsson trying to say? Is Salander a modern-day equivalent of these women? Is Berger?

4. What are some of the major themes of this novel? Of the trilogy?

5. How does Larsson’s background as an expert in right-wing extremist organizations inform this novel, and the trilogy as a whole?

6. How does Larsson’s background as an expert in right-wing extremist organizations inform this novel, and the trilogy as a whole?

7. After everything that happened in the first two novels, why does Salander still distrust Blomkvist? How would you describe their relationship?

8. On page 134, Clinton describes the Section: “What you have to understand is that the Section functions as the spearhead for the total defence of the nation. We’re Sweden’s last line of defence. Our job is to watch over the security of our country. Everything else is unimportant.” Aside from Clinton, who else believes this? Why are they so convinced?

9. Can you imagine a group like the Section operating in this country? Why, or why not?

10. On Berger’s first day at her new job, the departing editor in chief offers his theory about why she was hired (page 152). Do you agree with his assessment? How does this notion play out?

11. Armansky tells Blomkvist, “For once you’re not an objective reporter, but a participant in unfolding events. And as such, you need help. You’re not going to win on your own” (page 159). Why is this situation different from those in the previous two novels? How does becoming a participant change Blomkvist’s behavior? Does Blomkvist cross any ethical lines?

12. On page 168, Larsson writes about Salander, “She wondered what she thought of herself, and came to the realization that she felt mostly indifference towards her entire life.” What has made her feel this way? Do her feelings change by the end of the novel?

13. Again and again, men underestimate Salander because of her size. Why do they make these assumptions? How does she turn this into an advantage?

14. What is the significance of Borgsjö’s involvement with a company that uses child labor? How does this tie in to Larsson’s overall themes?

15. On page 295, Salander discovers a gruesome fact about Teleborian. “She should have dealt with Teleborian years ago. But she had repressed the memory of him. She had chosen to ignore his existence.” How does this jibe with Salander’s behavior in the present day? When did she decide to stop letting people get away with things?

16. Discuss the notion of revenge in this novel, and throughout the trilogy. Who, besides Salander, exacts revenge? What motivates them?

17. What role does Annika play in the novel? And Ekström?

19. What is the significance of the subplot about Berger’s stalker?

20. During his interview with She, Blomkvist agrees with the host’s suggestion that the Section’s behavior is akin to mental illness. Do you agree with that idea? How are accusations of mental illness wielded elsewhere in the trilogy?

21. “When it comes down to it, this story is not primarily about spies and secret government agencies; it’s about violence against women, and the men who enable it.” So says Blomkvist on page 514. What else is it about?

22. If she’s not in love with Miriam, why does Salander go to Paris?

23. When deciding what to do about Niedermann, Salander thinks of Harriet Vanger. Where do their stories diverge?

24. The very last sentence of the trilogy is, “She opened the door wide and let him into her life again.” How do you imagine things proceed from here for Salander? For Blomvkist?