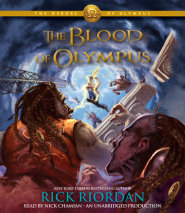 audio
The Heroes of Olympus, Book Five: The Blood of Olympus
Author: Rick Riordan | Narrator: Nick Chamian
Release Date: October 07, 2014
Though the Greek and Roman crewmembers of the Argo II have made progress in their many quests, they still seem no closer to defeating the earth mother, Gaea. Her giants have risen-all of them-and they're stronger than ever. They must be sto...
ABOUT THIS AUDIOBOOK
$25
ISBN: 9780804193733
Unabridged Download 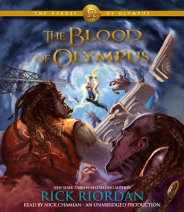 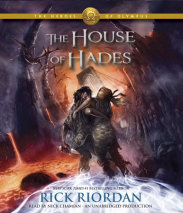 audio
The Heroes of Olympus, Book Four: The House of Hades
Author: Rick Riordan | Narrator: Nick Chamian
Release Date: October 08, 2013
At the conclusion of The Mark of Athena, Annabeth and Percy tumble into a pit leading straight to the Underworld. The other five demigods have to put aside their grief and follow Percy's instructions to find the mortal side of the Doors of Death. If ...
ABOUT THIS AUDIOBOOK
$22.50
ISBN: 9780804122818
14 Unabridged CDsUnabridged Download 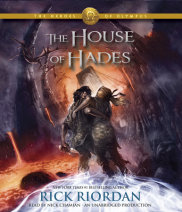 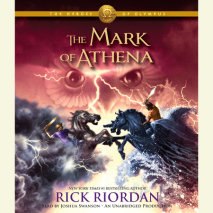 audio
The Heroes of Olympus, Book Three: The Mark of Athena
Author: Rick Riordan | Narrator: Joshua Swanson
Release Date: October 02, 2012
Annabeth is terrified. Just when she’s about to be reunited with Percy—after six months of being apart, thanks to Hera—it looks like Camp Jupiter is preparing for war. As Annabeth and her friends Jason, Piper, and Leo fly in on the ...
ABOUT THIS AUDIOBOOK
$22.50
ISBN: 9780449014516
Unabridged Download 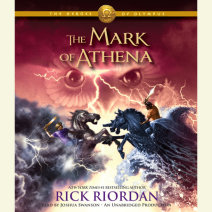 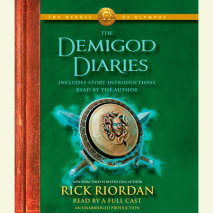 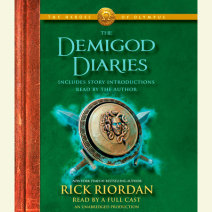 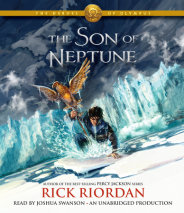 audio
The Heroes of Olympus, Book Two: The Son of Neptune
Author: Rick Riordan | Narrator: Joshua Swanson
Release Date: October 11, 2011
Percy is confused. When he awoke from his long sleep, he didn’t know much more than his name. His brain fuzz is lingering, even after the wolf Lupa told him he is a demigod and trained him to fight. Somehow Percy manages to make it to a camp fo...
ABOUT THIS AUDIOBOOK
$22.50
ISBN: 9780307916822
11 Unabridged CDsUnabridged Download 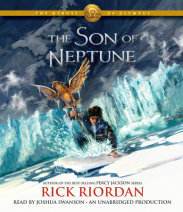 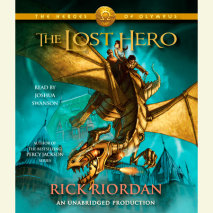 audio
The Heroes of Olympus, Book One: The Lost Hero
Author: Rick Riordan | Narrator: Joshua Swanson
Release Date: October 12, 2010
Jason has a problem. He doesn’t remember anything before waking up in a bus full of kids on a field trip. Apparently he has a girlfriend named Piper and a best friend named Leo. They’re all students at a boarding school for “bad kid...
ABOUT THIS AUDIOBOOK
$22.50
ISBN: 9780307711786
Unabridged Download 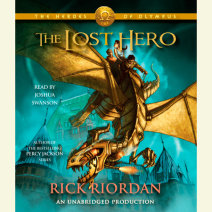