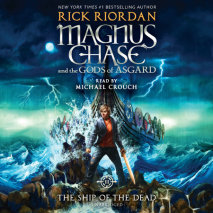 audio
Magnus Chase and the Gods of Asgard, Book 3: The Ship of the Dead
Author: Rick Riordan | Narrator: Michael Crouch
Release Date: October 03, 2017
Magnus Chase, a once-homeless teen, is a resident of the Hotel Valhalla and one of Odin's chosen warriors. As the son of Frey, the god of summer, fertility, and health, Magnus isn't naturally inclined to fighting. But he has strong and steadfast frie...
ABOUT THIS AUDIOBOOK
$27.50
ISBN: 9781524735807
11 Unabridged CDsUnabridged Download 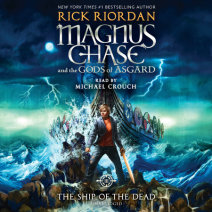 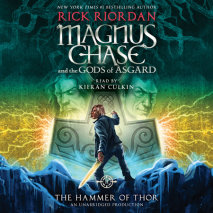 audio
Magnus Chase and the Gods of Asgard, Book Two: The Hammer of Thor
Author: Rick Riordan | Narrator: Kieran Culkin
Release Date: October 04, 2016
Thor's hammer is missing again. The thunder god has a disturbing habit of misplacing his weapon--the mightiest force in the Nine Worlds. But this time the hammer isn't just lost, it has fallen into enemy hands. If Magnus Chase and his friends ca...
ABOUT THIS AUDIOBOOK
$27.50
ISBN: 9780451485243
Unabridged Download 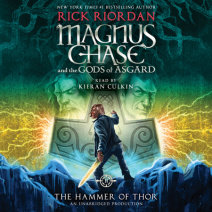 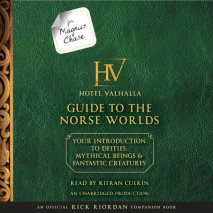 audio
For Magnus Chase: The Hotel Valhalla Guide to the Norse Worlds
Author: Rick Riordan | Narrator: Kieran Culkin
Release Date: August 16, 2016
So you've made it to Valhalla. Now what? This "who's who" audio guide to the gods, goddesses, and other important figures of Norse mythology was commissioned by Helgi, who, after more than a millennium as manager of Hotel Valhalla, became fed up with...
ABOUT THIS AUDIOBOOK
$15
ISBN: 9781524722074
Unabridged Download 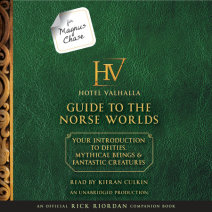 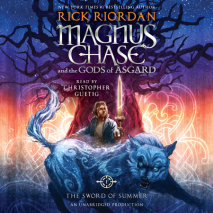 audio
Magnus Chase and the Gods of Asgard, Book One: The Sword of Summer
Author: Rick Riordan | Narrator: Christopher Guetig
Release Date: October 06, 2015
Magnus Chase has always been a troubled kid. Since his mother's mysterious death, he's lived alone on the streets of Boston, surviving by his wits, keeping one step ahead of the police and the truant officers.One day, he's tracked down by an uncle he...
ABOUT THIS AUDIOBOOK
$27.50
ISBN: 9781101916995
12 Unabridged CDsUnabridged Download 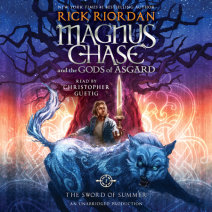