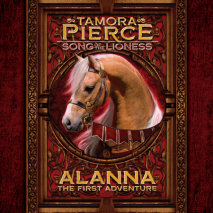 audio
Alanna: The First Adventure
Author: Tamora Pierce | Narrator: Tamora Pierce
Release Date: September 23, 2003
Becoming a legend is not easy, as young Alanna of Trebond discovers when she disguises herself as a boy and begins training to be a knight. Alanna's skills and stubborness help her befriend Prince Jonathan and alienate his evil uncle, Duke Roger. Fil...
ABOUT THIS AUDIOBOOK
$10.95
ISBN: 9781400085729
Unabridged Download 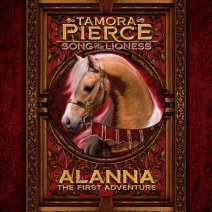 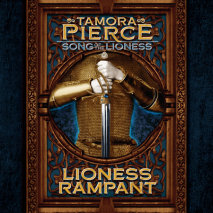 Lioness Rampant
Author: Tamora Pierce | Narrator: Trini Alvarado
Release Date: August 27, 2002
At last, Alanna of Trebond has become the first female knight errant in Tortall. She sets out on an impossible quest to find the Dominion Jewel, a legendary gem that, in the right hands, has limitless power for good. But while she searches for the on...
ABOUT THIS AUDIOBOOK
$13
ISBN: 9780807206171
Unabridged Download 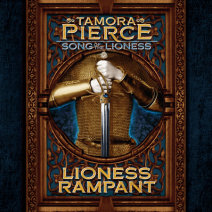 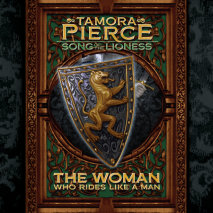 The Woman Who Rides Like A Man
Author: Tamora Pierce | Narrator: Trini Alvarado
Release Date: March 26, 2002
A knight at last, Alanna of Trebond heads out to seek adventure in the desert of Tortall. Captured by desert tribesmen, she is forced to prove herself in a magical duel to the death. But her real challenge doesn't come until after she wins. As the fi...
ABOUT THIS AUDIOBOOK
$13
ISBN: 9780807206096
Unabridged Download 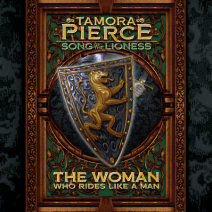 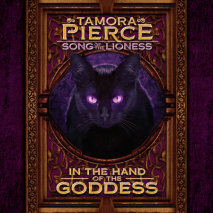 In the Hand of the Goddess
Author: Tamora Pierce | Narrator: Trini Alvarado
Release Date: November 27, 2001
Disguised as a boy, Alanna of Trebond becomes a squire -- to none other than the prince of the realm. But Prince Jonathan is much more to Alanna; he is her ally, her best friend, and one of the few who knows that she's really a girl. Now it will take...
ABOUT THIS AUDIOBOOK
$12.50
ISBN: 9780307280824
Unabridged Download 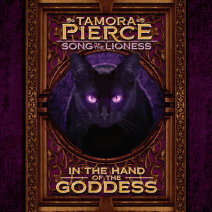