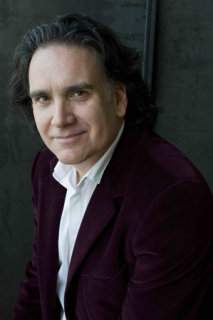 Peter Buffett is an Emmy Award–winning composer and producer, as well as the cochairman of the NoVo Foundation. He began his career in San Francisco writing music for commercials. Buffett has released albums on the Narada, Epic, and Hollywood labels, as well as six releases on his own label. His work in film includes the “Firedance” scene in the Oscar–winning film Dances with Wolves. He lives in New York City. 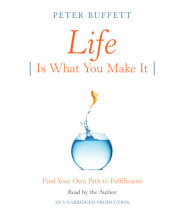 audio
Life Is What You Make It
Author: Peter Buffett | Narrator: Peter Buffett
Release Date: April 27, 2010
“Peter Buffett has given us a wise and inspiring [audio]book…for every young person seeking to find his or her place in the world, and for every family hoping to give its daughters and sons the best possible start in life.”—B...
ABOUT THIS AUDIOBOOK
$14
ISBN: 9780307735744
Unabridged Download 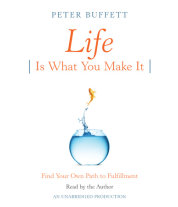