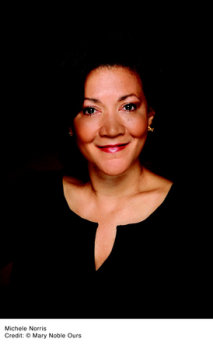 Michele Norris, host of All Things Considered, is cowinner of the Alfred I. duPont-Columbia University Award for The York Project: Race and the ’08 Vote and was chosen in 2009 as Journalist of the Year by the National Association of Black Journalists. She has written for, among other publications, The Washington Post, the Chicago Tribune, and the Los Angeles Times. As a correspondent for ABC News from 1993 to 2002, she earned Emmy and Peabody awards for her contribution to the network’s 9/11 reporting. She has been a frequent guest commentator on Meet the Press, The Chris Matthews Show, and Charlie Rose. Norris lives in Washington, D.C., with her husband and children. 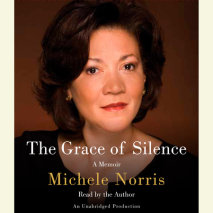 audio
The Grace of Silence
Author: Michele Norris | Narrator: Michele Norris
Release Date: September 21, 2010
In the wake of talk of a “postracial” America upon Barack Obama’s ascension as president of the United States, Michele Norris, cohost of National Public Radio’s flagship program All Things Considered, set out to write, through...
ABOUT THIS AUDIOBOOK
$17.50
ISBN: 9780307748928
Unabridged Download 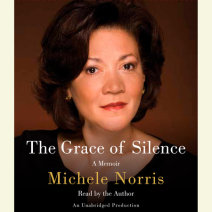