Dana Thomas
Dana Thomas is the author of Fashionopolis: The Price of Fast Fashion and the Future of Clothes, Fashionopolis Young Readers Edition, Gods and Kings: The Rise and Fall of Alexander McQueen and John Galliano and the New York Times bestseller Deluxe: How Luxury Lost Its Luster, all published by Penguin Press. She is the European Sustainability Editor for British Vogue, a regular contributor to the New York Times, and hosts “The Green Dream,” a weekly podcast on sustainability, produced by Wondercast.Studio. She wrote the screenplay for Salvatore: Shoemaker of Dreams, a feature documentary directed by Luca Guadagnino, which premiered at the Venice Film Festival in 2020.

Thomas began her career writing for the Style section of The Washington Post, and for fifteen years she served as a cultural and fashion correspondent for Newsweek in Paris. Thomas has written for The New York Times Magazine, The New Yorker, The Wall Street Journal, the Financial Times, Vogue, Harper’s Bazaar, T: The New York Times Style Magazine, and Architectural Digest. In 1987, she received the Sigma Delta Chi Foundation’s Ellis Haller Award for Outstanding Achievement in Journalism. In 2016, the French Minister of Culture named Thomas a Chevalier of the Order of Arts and Letters. And in 2017, she was a Logan Nonfiction Fellow at the Carey Institute for Global Good. She lives in Paris.
Read More +
2 results   page 1 of 1   view sort by 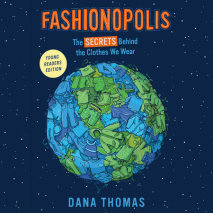 audio
Fashionopolis (Young Readers Edition)
Author: Dana Thomas | Narrator: Dana Thomas
Release Date: February 15, 2022
A look at fast fashion and its impact on the environment and social justice, perfect for middle grade classroomsDid you ever think about where your jeans come from? How about the people who made your T-shirt, or what happens to the clothes you grow o...
ABOUT THIS AUDIOBOOK
$15
ISBN: 9780593503379
Unabridged Download 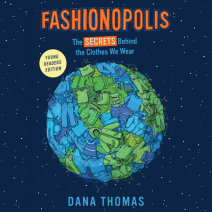 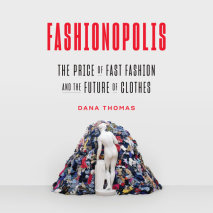 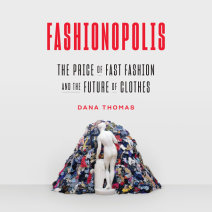