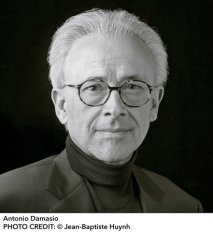 ANTONIO DAMASIO is University Professor; David Dornsife Professor of Neuroscience, Psychology, and Philosophy; and director of the Brain and Creativity Institute at the University of Southern California. Awards he has received include the Prince of Asturias Prize in Science and Technology, the Grawemeyer Award, the Honda Prize, and the Pessoa and Signoret prizes. In 2017 he received the Freud Medal from the Royal Dutch Academy of Sciences. Damasio is a member of the National Academy of Medicine and a fellow of the American Academy of Arts and Sciences and the Bavarian Academy of Sciences. He is the author of Descartes’ Error, The Feeling of What Happens, Looking for Spinoza and Self Comes to Mind, all of which have been published in translation and are taught in universities throughout the world. The Strange Order of Things will be published by Pantheon Books in February 2018. 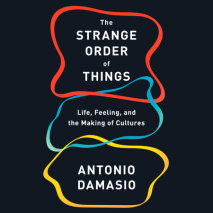 audio
The Strange Order of Things
Author: Antonio Damasio | Narrator: Antonio Damasio and Steve West
Release Date: February 06, 2018
From one of our preeminent neuroscientists: a landmark reflection that spans the biological and social sciences, offering a new way of understanding the origins of life, feeling, and culture.   The Strange Order of Things is a pathbreaking inves...
ABOUT THIS AUDIOBOOK
$20
ISBN: 9780525589891
Unabridged Download 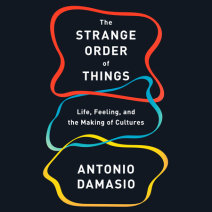