Dan Greenburg has known success as a humorist, a novelist, a journalist, a screenwriter, and a playwright. Greenburg has combined his love of humor, his interest in things paranormal, and his talent for writing to create books that kids like his own son will want to read, like the Weird Planet series. With 18 books to his credit, Dan Greenburg’s work has been translated into 19 languages and is available in 22 countries. Born and raised in Chicago, Dan Greenburg received BA from the University of Illinois and his MA from UCLA. His son, Zack, played the title role in the motion picture Lorenzo's Oil and served as the inspiration for The Zack Files. Mr. Greenburg lives in Westchester County, New York. 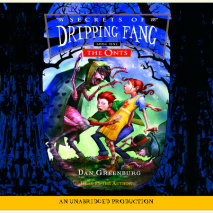 Secrets of Dripping Fang, Book #1: The Onts
Author: Dan Greenburg | Narrator: Dan Greenburg
Release Date: July 10, 2007
Nobody wants to adopt the Shluffmuffin twins. Wally’s feet stink something awful, and Cheyenne is allergic to everything. Then why are the Mandible sisters so eager to take them home? And what sort of old maids would choose to live in a place c...
ABOUT THIS AUDIOBOOK
$7.50
ISBN: 9780739355763
Unabridged Download 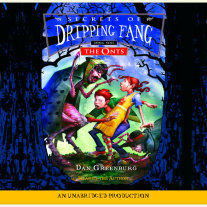