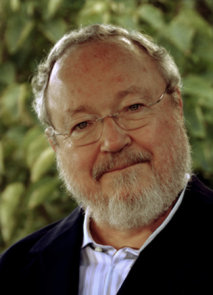 Thomas Harris began his writing career covering crime in the United States and Mexico, and was a reporter and editor for the Associated Press in New York City. His first novel, Black Sunday, was published in 1975, followed by Red Dragon in 1981, The Silence of the Lambs in 1988, Hannibal in 1999, and Hannibal Rising in 2006. 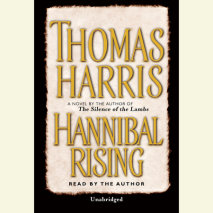 audio
Hannibal Rising
Author: Thomas Harris | Narrator: Thomas Harris
Release Date: December 05, 2006
He is one of the most haunting characters in all of literature. At last the evolution of his evil is revealed.  Hannibal Lecter emerges from the nightmare of the Eastern Front, a boy in the snow, mute, with a chain around his neck. He seems u...
ABOUT THIS AUDIOBOOK
$15.98
ISBN: 9780739321065
Unabridged Download 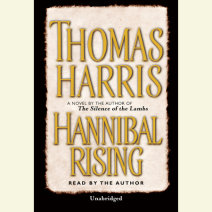 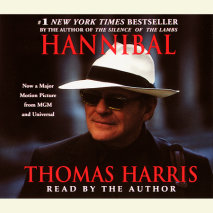 Hannibal
Author: Thomas Harris | Narrator: Thomas Harris
Release Date: July 05, 2000
Invite Hannibal Lecter into the palace of your mind and be invited into his mind palace in turn. Note the similarities in yours and his, the high vaulted chambers of your dreams, the shadowed halls, the locked storerooms where you dare not go, the s...
ABOUT THIS AUDIOBOOK
$19.95
ISBN: 9780553751062
Abridged DownloadUnabridged Download 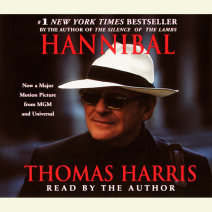