Howie Mandel is a comedian, actor, and host of the worldwide game-show sensation Deal or No Deal. One of the world’s most successful stand-up comics, he is well known to television audiences for his six-year stint on St. Elsewhere, his popular syndicated talk show, and his most recent creative venture, Howie Do It, a contemporary candid-camera comedy series. He lives in Los Angeles with his wife, Terry, and their three children. 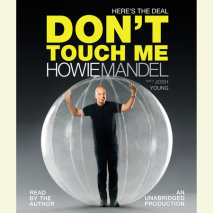 audio
Here's the Deal
Author: Josh Young and Howie Mandel | Narrator: Howie Mandel
Release Date: November 24, 2009
A frank, funny, no-holds-barred memoir that reveals the Deal or No Deal host’s ongoing struggle with OCD and ADHD–and how it has shaped his life and career. Howie Mandel is one of the most recognizable names in entertainment–respect...
ABOUT THIS AUDIOBOOK
$14
ISBN: 9780307704498
Unabridged Download 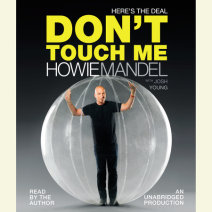