Helen Stringer grew up in Liverpool, England, and currently lives in Los Angeles. While living in the US, she studied film, winning several student film awards, and was a Directing Fellow at the American Film Institute Center for Advanced Film and Television Studies. She is the author of The Midnight Gate and Spellbinder. (www.helenstringer.net ) 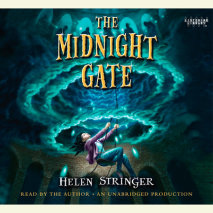 audio
The Midnight Gate
Author: Helen Stringer | Narrator: Helen Stringer
Release Date: September 13, 2011
Spellbound . . .It’s been two months since Belladonna Johnson discovered she was the Spellbinder, and she’s full of questions about her powers. When a ghost finds Belladonna and her classmate, Steve, and gives them a mysterious map, the f...
ABOUT THIS AUDIOBOOK
$20
ISBN: 9780307745736
Unabridged Download 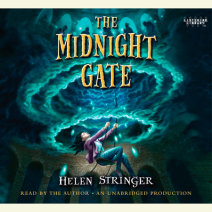 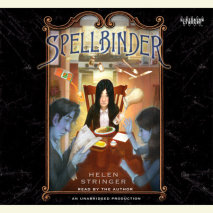 audio
Spellbinder
Author: Helen Stringer | Narrator: Helen Stringer
Release Date: August 24, 2010
Belladonna Johnson can see ghosts. It’s a trait she’s inherited from her mother’s side of the family, like blue eyes or straight hair. And it’s a trait she could do without, because what twelve-year-old wants to be caught talk...
ABOUT THIS AUDIOBOOK
$20
ISBN: 9780307745705
Unabridged Download 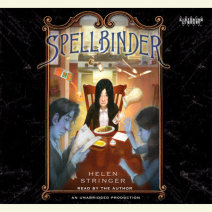