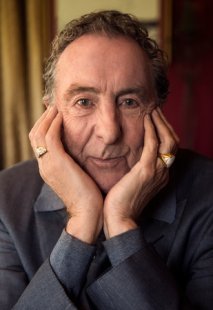 Eric Idle was one of the six original members of Monty Python’s Flying Circus. He has appeared in many films. In addition to editing the Monty Python books, he has also written novels, including The Road to Mars; a play, Pass the Butler; and a children’s novel, The Quite Remarkable Adventures of the Owl and the Pussycat. He lives in Los Angeles. 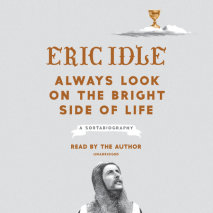 audio
Always Look on the Bright Side of Life
Author: Eric Idle | Narrator: Eric Idle
Release Date: October 02, 2018
From the ingenious comic performer, founding member of Monty Python, and creator of Spamalot, comes an absurdly funny memoir of unparalleled wit and heartfelt candorWe know him best for his unforgettable roles on Monty Python--from the Flying Circus ...
ABOUT THIS AUDIOBOOK
$20
ISBN: 9781984829467
Unabridged Download 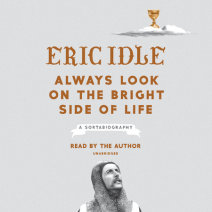