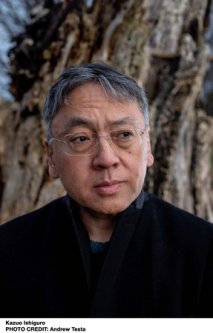 Kazuo Ishiguro is the 2017 winner of the Nobel Prize in Literature. His work has been translated into more than 40 languages. Both The Remains of the Day and Never Let Me Go have sold more than 1 million copies, and both were adapted into highly acclaimed films. Ishiguro's other work includes The Buried Giant, Nocturnes, A Pale View of the Hills, and An Artist of the Floating World. 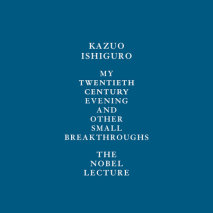 audio
My Twentieth Century Evening and Other Small Breakthroughs
Author: Kazuo Ishiguro | Narrator: Kazuo Ishiguro
Release Date: December 26, 2017
The Nobel Lecture in Literature, delivered by Kazuo Ishiguro (The Remains of the Day and When We Were Orphans) at the Swedish Academy in Stockholm, Sweden, on December 7, 2017, in an elegant, clothbound edition.       In their ann...
ABOUT THIS AUDIOBOOK
$10
ISBN: 9780525639794
Unabridged Download 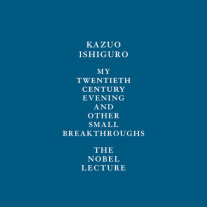