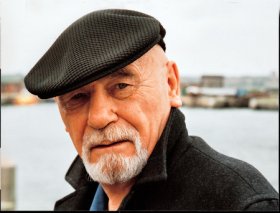 Brian Jacques was born in Liverpool in 1939. He left school at age 15 and found work as a docker, a truck driver, a policeman, and a stand-up comic, all before turning his attention to writing. He wrote his first novel, Redwall, for the children at a school for the blind in Liverpool. Since 1986, his descriptive style of writing has captivated readers from ages 8 to 80. His books have won international awards and acclaim and have been made into a TV series. 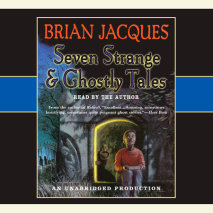 audio
Seven Strange & Ghostly Tales
Author: Brian Jacques | Narrator: Brian Jacques
Release Date: May 11, 2010
Maybe you don't believe in ghosts, and vampires, and spooky things that creep around in the dark...Then you don't mind sitting by a vampire's tomb at midnight. Or being locked up with the mummies in a dark museum. Or you might like to join the myste...
ABOUT THIS AUDIOBOOK
$10
ISBN: 9780307745668
Unabridged Download 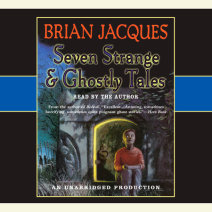 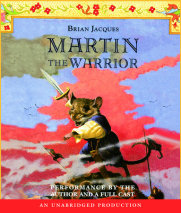 Martin the Warrior
Author: Brian Jacques | Narrator: Brian Jacques and Full Cast
Release Date: August 28, 2007
A shadow has fallen on the shore of the Eastern sea, a shadow called Marshank. In this cold stone fortress a stoat named Badrang holds dozens of innocent creatures as slaves, part of his scheme to build an empire where he will rule as unquestioned ...
ABOUT THIS AUDIOBOOK
$20
ISBN: 9780739356647
Unabridged Download 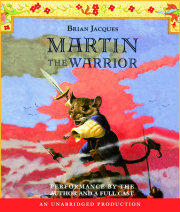 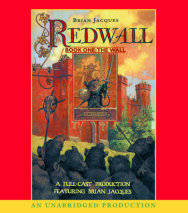 audio
Redwall
Author: Brian Jacques | Narrator: Brian Jacques and Full Cast
Release Date: September 23, 2003
When Redwall was published in 1987 it catapulted author Brian Jacques to international stardom. And small wonder! This enthralling tale is jam-packed with the things we long for in a great adventure: danger, laughter, hairbreadth escapes, tragedy, my...
ABOUT THIS AUDIOBOOK
$25
ISBN: 9781400085798
Unabridged Download 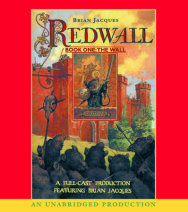