Susan Burton’s writing has appeared in Slate, Mother Jones, New York, The New Yorker, and The New York Times Magazine. She is a former editor of Harper’s and a producer of This American Life. Her radio documentaries have won numerous awards. The film Unaccompanied Minors is based on one of her radio essays. She lives in Brooklyn with her husband and their two sons. 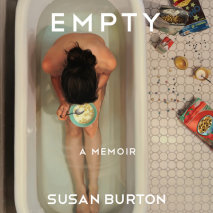 audio
Empty
Author: Susan Burton | Narrator: Susan Burton
Release Date: June 23, 2020
An editor at This American Life reveals the searing story of the secret binge-eating that dominated her adolescence and shapes her still.“Her tale of compulsion and healing is candid and powerful.”—PeopleNAMED ONE OF THE BEST BOOKS ...
ABOUT THIS AUDIOBOOK
$20
ISBN: 9780553550900
Unabridged Download 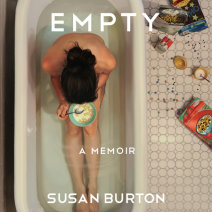