Norton Juster is an architect and planner, professor emeritus of design at Hampshire College, and the author of a number of highly acclaimed children's books, including The Dot and the Line, which was made into an Academy Award-winning animated film. He has collaborated with Sheldon Harnick on the libretto for an opera based on The Phantom Tollbooth. The musical adaptation, with a score by Arnold Black, premiered in 1995 and will soon be performed in schools and theaters nationwide. An amateur cook and professional eater, Mr. Juster lives with his wife in Amherst, Massachusetts.

Jules Feiffer is the author of two books for young readers, The Man in the Ceiling and A Barrel of Laughs, a Vale of Tears. He has won a number of prizes for his cartoons, plays, and screenplays. Mr. Feiffer lives in New York City. 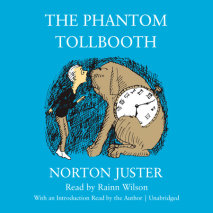 audio
The Phantom Tollbooth
Author: Norton Juster | Narrator: Norton Juster and Rainn Wilson
Release Date: March 19, 2019
Hailed as "a classic. . . . humorous, full of warmth and real invention" (The New Yorker), this beloved story--first published more than fifty ago--introduces readers to Milo and his adventures in the Lands Beyond. For Milo, everything's a bore. When...
ABOUT THIS AUDIOBOOK
$20
ISBN: 9781984887023
4 Unabridged CDsUnabridged Download 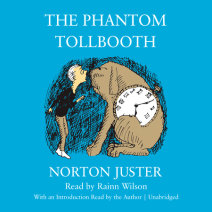