Michael Schur is an Emmy Award–winning American television producer and writer. He co-created the comedy series Parks and Recreation, Brooklyn Nine-Nine, and The Good Place. He is also well-known for his work on Saturday Night Live and The Office, which he also starred in. Schur lives in California with his wife, Jennifer Philbin, and their children. 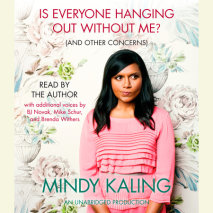 audio
Is Everyone Hanging Out Without Me? (And Other Concerns)
Author: Mindy Kaling | Narrator: Mindy Kaling, Michael Schur, B. J. Novak and Brenda Withers
Release Date: November 01, 2011
NEW YORK TIMES BESTSELLER •  In this hilarious instant classic, the creator of The Mindy Project and Never Have I Ever invites readers on a tour of her life and her unscientific observations on romanc...
ABOUT THIS AUDIOBOOK
$15
ISBN: 9780307939814
Unabridged Download 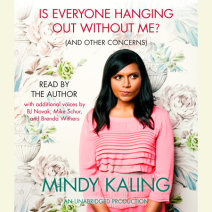