Matthew Klam lives in Washington, D.C., with his wife. In 1999 he was named one of the twenty best young fiction writers in America by The New Yorker. He is an O. Henry Award winner. His nonfiction has been featured in such places as Harper's and The New York Times Magazine. 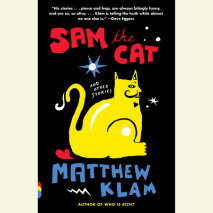 audio
Sam the Cat
Author: Matthew Klam | Narrator: Matthew Klam
Release Date: July 04, 2017
The New Yorker magazine named Matt Klam one of the twenty best young writers in America, and the seven stories that comprise Sam the Cat are all the proof we need. Knowing, perceptive, and wickedly funny, Matt Klam loves his characters but spares...
ABOUT THIS AUDIOBOOK
$15
ISBN: 9780525589570
Unabridged Download 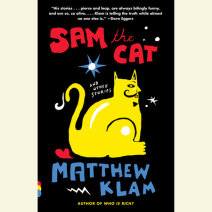