Annie Wood is an actress and writer. Her film and television credits include Good Luck Chuck, My Sister's Keeper, ER, NYPD Blue, and Becker. She has appeared as a guest on The Tonight Show with Jay Leno and Politically Incorrect with Bill Maher, and writes and stars in her own web series, Karma's a B*tch. 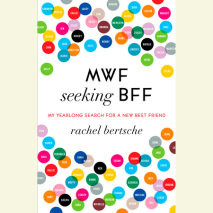 audio
MWF Seeking BFF
Author: Rachel Bertsche | Narrator: Annie Wood
Release Date: December 20, 2011
When Rachel Bertsche first moves to Chicago, she’s thrilled to finally share a zip code, let alone an apartment, with her boyfriend. But shortly after getting married, Bertsche realizes that her new life is missing one thing: friends. Sure, she...
ABOUT THIS AUDIOBOOK
$20
ISBN: 9780449009871
Unabridged Download 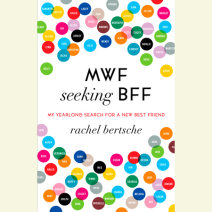