Jon M. Sweeney
Jon M. Sweeney is an award-winning author who has been interviewed in print by a range of publications, from the Dallas Morning News to The Irish Catholic, and on television for CBS Saturday Morning, among many other programs.

His book, The Pope Who Quit, was optioned by HBO. He’s also the author of forty other books, including a new biography, Nicholas Black Elk: Medicine Man, Catechist, Saint; The Complete Francis of Assisi; Inventing Hell; Thomas Merton: An Introduction to His Life and Practices; and The Pope’s Cat series of books for children. Jon recently edited and presented two collections of the lectures of Thomas Merton, including A Course in Christian Mysticism, as well as several volumes of Meister Eckhart poems (coauthored with Mark S. Burrows), including Meister Eckhart’s Book of the Heart, which has been translated and published in several other languages.

In the late 1990s, Jon cofounded a multifaith publishing house, SkyLight Paths Publishing, in Vermont. Today, he still works in books, and he speaks regularly at literary and religious conferences. He is a Catholic married to a rabbi, and their interfaith marriage has been profiled in national media. Jon is active on social media (Twitter @jonmsweeney; Facebook jonmsweeney) and lives in Milwaukee.
Read More +
1 results   page 1 of 1   view sort by 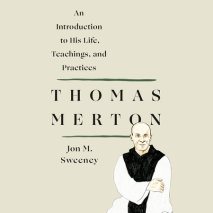 audio
Thomas Merton
Author: Jon M. Sweeney | Narrator: Jon M. Sweeney
Release Date: May 18, 2021
An introduction to the spiritual legacy of Thomas MertonThomas Merton was a Trappist monk and one of the most influential spiritual figures of the 20th century. His writing on contemplation, monastic life, mysticism, poetry, and social issues have in...
ABOUT THIS AUDIOBOOK
$12.50
ISBN: 9780593458150
Unabridged Download 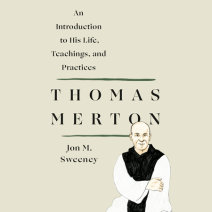