Jim Broadbent has starred in a number of films, from British favorites, including Bridget Jones and Hot Fuzz, to Hollywood blockbusters such as Moulin Rouge, Indiana Jones and the Kingdom of the Crystal Skull, and the Harry Potter films. In 2001 he won the Academy Award® for Best Supporting Actor for Iris. Most recently he starred as Denis Thatcher opposite Meryl Streep in The Iron Lady. 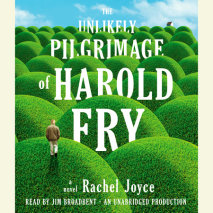 audio
The Unlikely Pilgrimage of Harold Fry
Author: Rachel Joyce | Narrator: Jim Broadbent
Release Date: July 24, 2012
NEW YORK TIMES BESTSELLER • LONGLISTED FOR THE MAN BOOKER PRIZE • NAMED ONE OF THE BEST BOOKS OF THE YEAR BY THE WASHINGTON POSTMeet Harold Fry, recently retired. He lives in a small English village with his wife, Maureen, who seems irritat...
ABOUT THIS AUDIOBOOK
$20
ISBN: 9780449012765
Unabridged Download 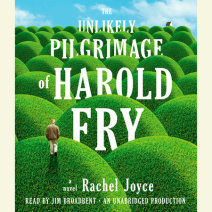