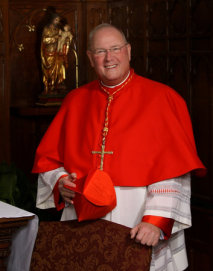 His Eminence Cardinal Timothy Dolan was named Archbishop of New York by Pope Benedict XVI in 2009. Previously, he served as the tenth Archbishop of Milwaukee after being named by Pope John Paul II in 2002. Cardinal Dolan is the author of numerous books including Called to Be Holy and Doers of the Word. 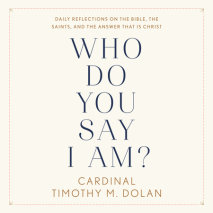 audio
Who Do You Say I Am?
Author: Timothy M. Dolan | Narrator: Timothy M. Dolan and Fr. Dave Dwyer, CSP
Release Date: October 29, 2019
Inspiring reflections and meditations to quiet the noise of our everyday lives and draw us closer to Jesus—from Cardinal Timothy Dolan, one of the most compelling Catholic leaders of our time In the Gospels, Jesus asks what may be the most impo...
ABOUT THIS AUDIOBOOK
$20
ISBN: 9780593150047
Unabridged Download 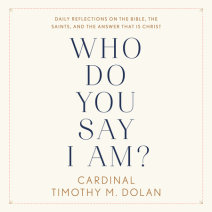