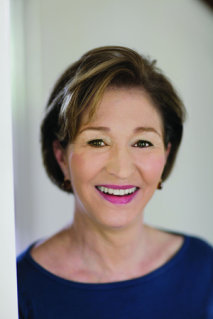 Anne-Marie Slaughter is president and CEO of New America. She is the Bert G. Kerstetter ’66 University Professor Emerita of Politics and International Affairs at Princeton University and the former dean of its Woodrow Wilson School of Public and International Affairs. In 2009 Secretary of State Hillary Clinton appointed Slaughter director of policy planning for the U.S. State Department, the first woman to hold that job. A foreign policy analyst, legal and international relations scholar, and public commentator, Slaughter was a professor at the University of Chicago Law School and Harvard Law School and is a former president of the American Society of International Law. 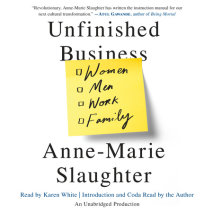 audio
Unfinished Business
Author: Anne-Marie Slaughter | Narrator: Anne-Marie Slaughter and Karen White
Release Date: September 29, 2015
NAMED ONE OF THE BEST BOOKS OF THE YEAR BY THE WASHINGTON POST, NPR, AND THE ECONOMIST • “Slaughter’s gift for illuminating large issues through everyday human stories is what makes this book so necessary for anyone who wan...
ABOUT THIS AUDIOBOOK
$20
ISBN: 9780385367912
Unabridged Download 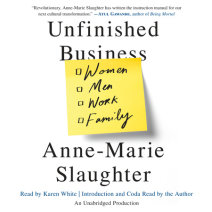