Siriol Jenkins was a member of the BBC Radio Drama Company and has appeared extensively on BBC Radio 4. She has won several awards including the Radio Times Drama and Comedy Award for Best New Actress, a Bronze Sony Award, and a Mind Media Award. She has also narrated many documentaries for both BBC and ITV. 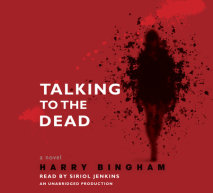 audio
Talking to the Dead
Author: Harry Bingham | Narrator: Siriol Jenkins
Release Date: September 25, 2012
A mesmerizing and thrilling novel—perfect for fans of Tana French and Stieg Larsson—that introduces a modern, unforgettable rookie cop whose past is as fascinating and as deadly as the crimes she investigates. NAMED ONE OF THE BEST B...
ABOUT THIS AUDIOBOOK
$20
ISBN: 9780449011737
Unabridged Download 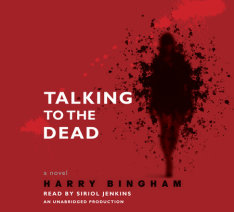