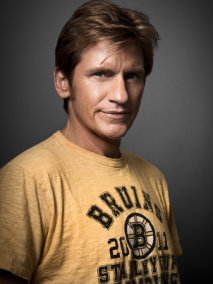 Denis Leary is a five-time loser at the Emmy awards. And the Golden Globes. He has lost in both the drama and comedy categories. In leading and supporting roles. Not to mention writing. Leary hopes to one day be nominated for—and more than likely not win—an Oscar, a Grammy, and a Tony Award. His first literary foray Why We Suck: A Feel Good Guide to Staying Fat, Loud, Lazy and Stupid was a New York Times bestseller, but not nominated for The National Book Award. In his long and storied entertainment career, Leary has also never won The Stanley Cup, The Nobel Peace Prize, or an argument with his wife. 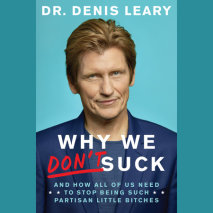 audio
Why We Don't Suck
Author: Denis Leary | Narrator: Denis Leary
Release Date: October 24, 2017
From the author of the bestselling Why We Suck comes a searing comic look at these divisive times, skewering liberals and conservatives alike with a signature dose of sarcasm and common sense.In an America so gluten-free that a box of jelly...
ABOUT THIS AUDIOBOOK
$20
ISBN: 9780525526698
Unabridged Download 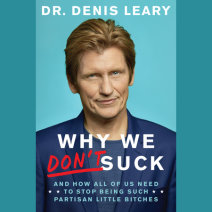 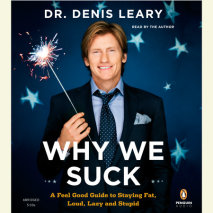 audio
Why We Suck
Author: Denis Leary | Narrator: Denis Leary
Release Date: November 18, 2008
Abridged CDs * 4 CDs, 5 hours â€œDenis Leary snarls as naturally as most actors smile,â€ť says one critic of the writer and comic. In Why We Suck, Leary snarls to brilliant effect. With his patented highspeed ranting a...
ABOUT THIS AUDIOBOOK
$17.50
ISBN: 9781440656736
Abridged Download 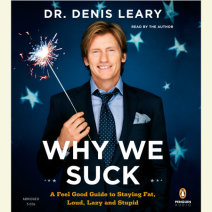