Alicyn Packard is an award-winning voice actress, comedian, musician, and writer. In 2014 she was nominated for a Voice Arts Award. She can be heard on such TV shows as Poppy Cat, The Tom and Jerry Show, The Mr. Men Show, Space Racers, and others. Packard has also voiced characters in games such as World of Warcraft and Star Ocean. She lives in Los Angeles with her husband. 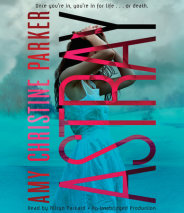 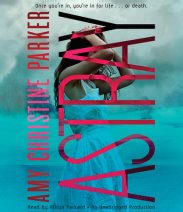 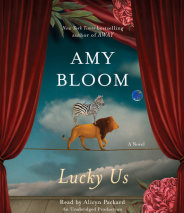 audio
Lucky Us
Author: Amy Bloom | Narrator: Alicyn Packard
Release Date: July 29, 2014
NEW YORK TIMES BESTSELLER • NAMED ONE OF THE BEST BOOKS OF THE YEAR BY THE WASHINGTON POST AND O: THE OPRAH MAGAZINE“My father’s wife died. My mother said we should drive down to his place and see what might be in it for us.”So...
ABOUT THIS AUDIOBOOK
$20
ISBN: 9780804191357
Unabridged Download 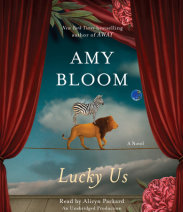 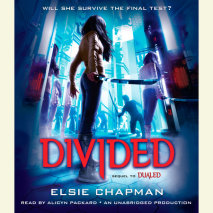 audio
Divided (Dualed Sequel)
Author: Elsie Chapman | Narrator: Alicyn Packard
Release Date: May 27, 2014
The hunter becomes the hunted. . . .   West Grayer is done killing. She defeated her Alternate, a twin raised by another family, and proved she’s worthy of a future. She’s ready to move on with her life.   The Board has other p...
ABOUT THIS AUDIOBOOK
$25
ISBN: 9780804121491
Unabridged Download 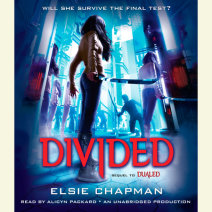 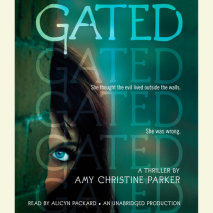 audio
Gated
Author: Amy Christine Parker | Narrator: Alicyn Packard
Release Date: August 06, 2013
A fast-paced, nerve-fraying contemporary thriller that questions loyalties and twists truths.   Appearances can be deceiving.   Lyla Hamilton is a loyal member of the Community. Her family was happy to be chosen by Pioneer to join such an l...
ABOUT THIS AUDIOBOOK
$24
ISBN: 9780804123280
Unabridged Download 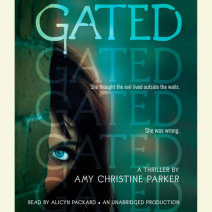 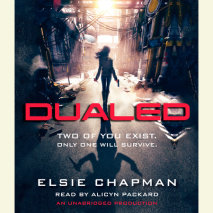 audio
Dualed
Author: Elsie Chapman | Narrator: Alicyn Packard
Release Date: February 26, 2013
The Hunger Games meets Matched in this high-concept thriller where citizens must prove their worth by defeating the other version of themselves—their twin.Two of you exist. Only one will survive.West Grayer is ready. She's trained for years to ...
ABOUT THIS AUDIOBOOK
$22
ISBN: 9780385361095
Unabridged Download 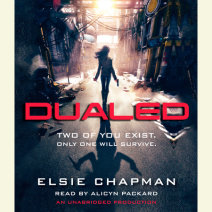