Maggie Wheeler is an actress best known for her work on the hit television series Friends. Her other television credits include Curb Your Enthusiasm, Seinfeld, Everybody Loves Raymond, ER,  Friday Night Lights, and How I Met Your Mother. She also appeared in Disney’s remake of The Parent Trap and won Best Actress at the Cinetex festival for her role in indie film New Years Day. In 2010 Maggie was honored with the “La Femme” award at the LA Femme Film Festival for the contributions she has made in film and television. 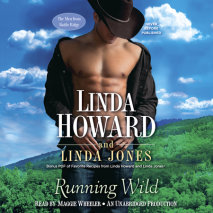 audio
Running Wild
Author: Linda Howard and Linda Jones | Narrator: Maggie Wheeler
Release Date: November 27, 2012
In book 1 of this steamy new contemporary Western romance series by two blockbuster authors, a cowboy and a woman on the run take a stand and fight for love.   Carlin Reed lives in fear, off the grid, moving from place to place. So Battle Ridge,...
ABOUT THIS AUDIOBOOK
$24
ISBN: 9780307876966
Unabridged Download 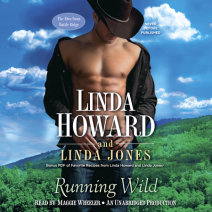