Bernard Lewis is the Cleveland E. Dodge Professor of Near Eastern Studies Emeritus at Princeton University and is the author of The Middle East: A Brief History of the Last 2,000 Years, a National Book Critics Circle Award finalist; The Emergence of Modern Turkey; The Arabs in History; and What Went Wrong?: Western Impact and Middle Eastern Response; among other books. Lewis is internationally recognized as one of our era’s greatest historians of the Middle East. His books have been translated into more than 20 languages, including Arabic, Persian, Turkish, and Indonesian. He lives in Princeton, New Jersey. 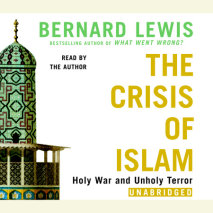 audio
The Crisis of Islam
Author: Bernard Lewis | Narrator: Bernard Lewis
Release Date: March 25, 2003
In his first book since What Went Wrong? Bernard Lewis examines the historical roots of the resentments that dominate the Islamic world today and that are increasingly being expressed in acts of terrorism. He looks at the theological origins of polit...
ABOUT THIS AUDIOBOOK
$13.95
ISBN: 9780739302200
Unabridged DownloadUnabridged Download 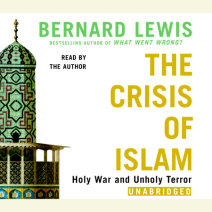