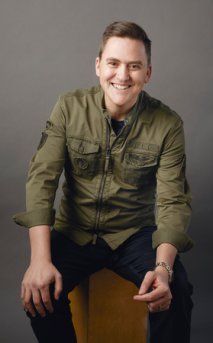 Greg McKeown is a speaker, a bestselling author, and the host of the popular podcast What’s Essential. He has been covered by The New York Times, Fast Company, Fortune, Politico, and Inc., has been interviewed on NPR, NBC, Fox, and The Steve Harvey Show, and is among the most popular bloggers for LinkedIn. He is also a Young Global Leader for the World Economic Forum. McKeown’s New York Times bestselling book Essentialism: The Disciplined Pursuit of Less has sold more than a million copies worldwide. Originally from London, England, he now lives in California with his wife, Anna, and their four children. 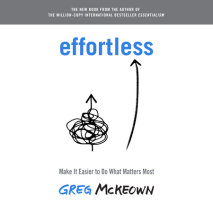 audio
Effortless
Author: Greg McKeown | Narrator: Greg McKeown
Release Date: April 27, 2021
NEW YORK TIMES BESTSELLER • A Times (UK) Best Book of the Year • From the author of the million-copy-selling Essentialism comes an empowering guide to achieving your goals. It all starts with a simple principle: Not everything has to be so ...
ABOUT THIS AUDIOBOOK
$20
ISBN: 9780593153925
Unabridged Download 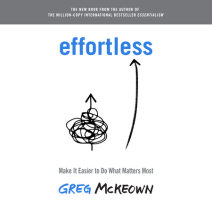 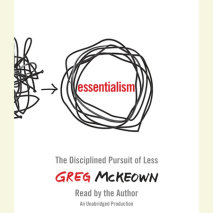 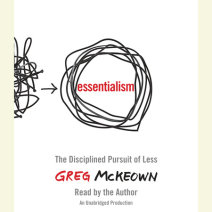