Eric Liu is the CEO of Citizen University and directs the Aspen Institute’s Citizenship & American Identity Program. He is author of several acclaimed books, including Become America andYou’re More Powerful Than You Think. An Ashoka Fellow and a member of the American Academy of Arts and Sciences, he served in the Clinton White House and was appointed by President Obama to the board of the Corporation for National and Community Service. 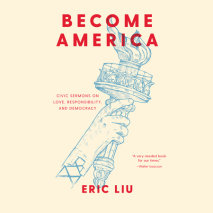 audio
Become America
Author: Eric Liu | Narrator: Eric Liu
Release Date: May 14, 2019
What does it mean to be an engaged American in today's divided political landscape, and how do we restore hope in our country? In a collection of "civic sermons" delivered at gatherings around the nation, popular advocate for active citizenship Eric ...
ABOUT THIS AUDIOBOOK
$20
ISBN: 9780593104149
Unabridged Download 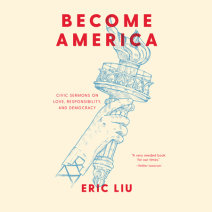