Patrick Lawlor is an award-winning audiobook narrator based in Milwaukee, WI. Lawlor has been an Audie Award finalist multiple times, and has received several AudioFile Earphones Awards. He has won a Publishers Weekly Listen-Up Award, a number of Library Journal and Kirkus starred audio reviews, and numerous Editors' Picks, Top 10, and Year's Best lists. He has recorded over three hundred audiobooks in almost every genre. In his spare time, Lawlor is a marathon runner. 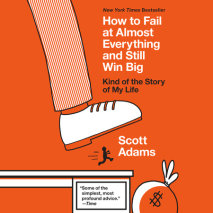 audio
How to Fail at Almost Everything and Still Win Big
Author: Scott Adams | Narrator: Patrick Lawlor
Release Date: November 19, 2019
Blasting clichéd career advice, the contrarian pundit and creator of Dilbert recounts the humorous ups and downs of his career, revealing the outsized role of luck in our lives and how best to play the system. Scott Adams has likely failed at...
ABOUT THIS AUDIOBOOK
$17.50
ISBN: 9780593214954
Unabridged Download 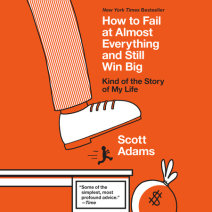 audio
Blind Willow, Sleeping Woman
Author: Haruki Murakami | Narrator: Ellen Archer and Patrick Lawlor
Release Date: September 03, 2013
The twenty-four stories that make up Blind Willow, Sleeping Woman generously express the incomparable Haruki Murakami’s mastery of the form.Here are animated crows, a criminal monkey, and an ice man, as well as the dreams that shape us and the ...
ABOUT THIS AUDIOBOOK
$22.50
ISBN: 9780804166638
Unabridged Download

Nightlife
Author: Rob Thurman | Narrator: Patrick Lawlor
Release Date: September 28, 2010
In New York, there's a troll under the Brooklyn Bridge, a boggle in Central Park, and a beautiful vampire in a penthouse on the Upper East Side. Of course, most humans are oblivious to this, but Cal Leandros is only half-human. His father's dark line...
ABOUT THIS AUDIOBOOK
$22.50
ISBN: 9781101457849
Unabridged Download