Thomas Mann (1875–1955) was from Germany. At the age of 25, he published his first novel, Buddenbrooks. In 1924, The Magic Mountain was published, and five years later, Mann was awarded the Nobel Prize for Literature. Following the rise of the Nazis to power, he left Germany for good in 1933 to live in Switzerland and then in California, where he wrote Doctor Faustus (first published in the United States in 1948). 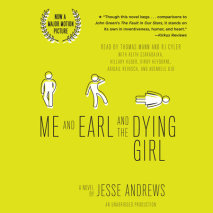 audio
Me and Earl and the Dying Girl (Revised Edition)
Author: Jesse Andrews | Narrator: Thomas Mann, Kirby Heyborne, Keith Szarabajka, Adenrele Ojo, Hillary Huber, Abigail Revasch and RJ Cyler
Release Date: May 12, 2015
THE BOOK THAT INSPIRED THE HIT FILM!Up until senior year, Greg has maintained total social invisibility. He only has one friend, Earl, and together they spend their time—when not playing video games and avoiding Earl’s terrifying brothers...
ABOUT THIS AUDIOBOOK
$25
ISBN: 9780147520845
Unabridged Download 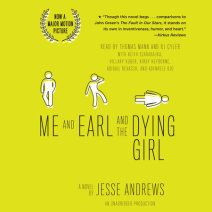